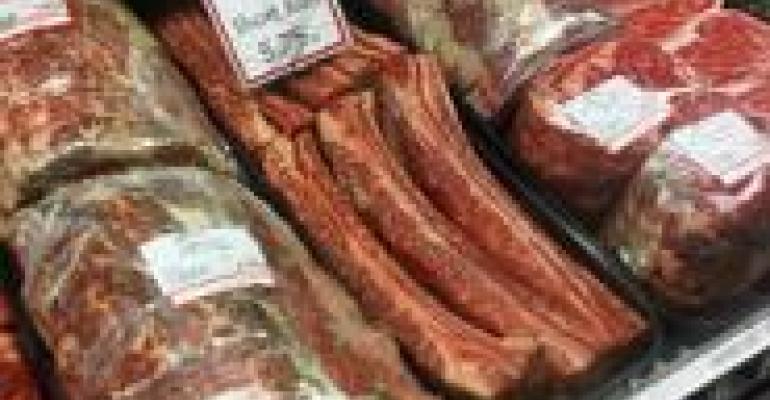 Dukan Diet Lands in the U.S.

Americans love their high-profile diets, and now they have a new one to chew over courtesy of a French doctor and the familiar cycle of media hype.

“The Dukan Diet”, the book that swept through Europe and hit U.S. shelves yesterday, is being called the “French Atkins”. In it, author and founder Pierre Dukan leads dieters through a carb-limiting regimen that unfolds over four stages, the first of which allows only lean protein and water. Vegetables come into play in the next stage, followed by fruit, a few slices of bread, and so on — until dieters can go back to eating what they like. Except for sugar — that’s a no-no. And at least one day a week devoted strictly to protein.

The restrictive approach is stirring up a quite a bit of controversy. Despite Kate Middleton’s mom, Carol, being a “Dukanniste”, The British Dietetic Association calls it one of the five worst diets of 2011 (perhaps they weren’t invited to the wedding?). France’s national food safety agency, meanwhile, says its “one of 15 imbalanced and potentially risky diets,” according to The New York Times. Over at Eating Well magazine’s blog, nutrition advisor Rachel Johnson said the Dukan Diet “does not appear to be nutritionally adequate or sound. For example, it eliminates fruit until the ‘third stage’.”

The controversy has undoubtedly helped propel the diet into the national dialogue. That should make for brisk sales with curious consumers, not to mention those searching for what Dukan promises: to lose weight quickly and without going hungry.

It’s worth recalling the rise and fall of the Atkins Diet, which whipped consumers into a frenzy with promises of losing weight while eating steak and other indulgent foods, so long as they cut out carbs. People eventually came to their senses, but not before a number of pasta and bread companies were driven out of business.

Expect companies — and consumers — to be more prepared this time around. The past several years have seen whole grains rise to the top of people’s dietary checklist. Don’t expect that to go away anytime soon. Media coverage seems to be more skeptical this time around, too, with many asking the much-needed question “does it really work?”

Supermarkets: Now’s the time for your dietitians to shine.