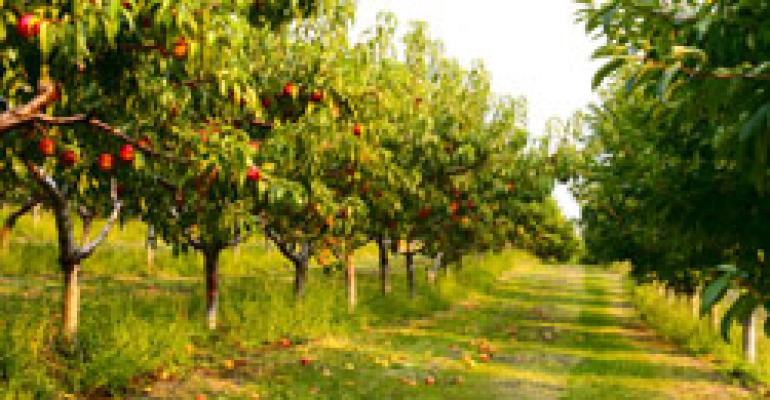 My colleague, Jeff Wells, is our go-to guy for coverage of the locavore market, but something crossed my desk that got me thinking. Maybe it's spring, and everyone is getting excited about the coming season, but local food news is really taking the headlines this week.

The National Cooperative Grocers Association is putting the final touches on its first-ever "Eat Local Challenge" which calls on consumers to eat 80% of their diets (or four out of every 5 meals) from locally grown foods. The promotion runs during the height of the growing season, from mid-June to mid-September.

More specifically, the challenge is actually divided up into three periods, based on peak times. Since we're in the Northeast, our challenge time will be Aug. 15 to Sept. 15. California, the Southwest and South go first, with their season peaking from June 15 to July 15. It's OK. I don't mind waiting for corn and tomatoes.

Robynn Shrader, the NCGA's chief executive, says the idea goes beyond simple taste, to the heart of the "Go Local" movement that's captured the imagination of so many shoppers.

"It's good for economy, because money from each transaction stays in the region. It connects community members to the people who grow or produce our food, while helping to support endangered family farms," says Shrader. "It also helps protect the environment because food doesn't travel as far, reducing carbon dioxide emissions."

Now, I know there are studies out there questioning the effectiveness of local buying, research examining the true benefit of food miles, and things of that nature. I'll just say this. Last June I went cherry picking at an orchard in upstate New York, not far from my hometown. We had a blast running around the sunny orchard with these huge baskets, tasting the different varieties, listening to the farmer describe what a great year it was as he exhorted us to sample all we wanted. "Better you folks than the birds" was my memory of his exact words.

The science and economics and realities of "local" faded fast before the sheer joy of being right at the source, picking our own. We resolved then and there to go apple picking in the fall (just as fun, but apples are a lot heavier to lug around than cherries, and eventually I was forced to hail a tractor).

So, retailers, please have some local produce available this year. Bring the farmers in, let them talk and invite the kids. Not everyone has the luxury or the ability to get away to the fields and orchards. But you have the power to bring it all to them.