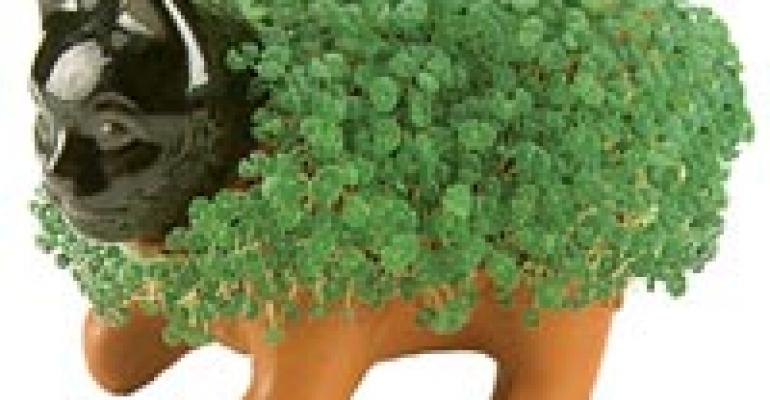 Wait, don't call the ASPCA just yet. I meant Chia Pet — you know, those terra cotta figures shaped like animals (or the heads of Homer Simpson or Scooby-Doo) that get slathered with wet seeds and eventually grow "hair." Rarely does a Christmas go by without the ad popping up on television, blaring that timeless refrain, "Ch-ch-ch-chia!"

Well, those sprightly green tendrils that make up the hair are actually an ancient grain, one of several species making a comeback as health and wellness reintroduces consumers to traditional foods. Chia was once a dietary staple of the Aztecs. Today, food manufacturers are looking at its high omega-3, fiber and calcium content as an ideal addition to processed foods (it helps that chia is flavorless, unlike its more modern cousins, flax and hemp).

A new report from Datamonitor found that chia — along with quinoa, spelt, and amaranth — are increasingly being used to boost the nutritional profile of mass-produced foods and beverages. Productscan Online, the firm's database of new product introductions, found that the number of products incorporating these old grains grew 50% worldwide, from 257 in 2005 to more than 500 last year.

Chia is going into all sorts of products, ranging from energy bars and even tortilla chips; others, like amaranth, are getting mixed into cold cereals. The vast majority of American consumers probably still isn't familiar with these primitive grains, so there are few expectations the market for them will blossom anytime soon. But, people are searching for ways to reduce the amount of processed foods they eat. Datamonitor researchers found that 63% of Americans polled said it was at least "important" to cut down on their consumption of highly processed foods.

So, now you know what I mean when I say, "Eat you pet." But mind the pottery. It might be a bit too much roughage.