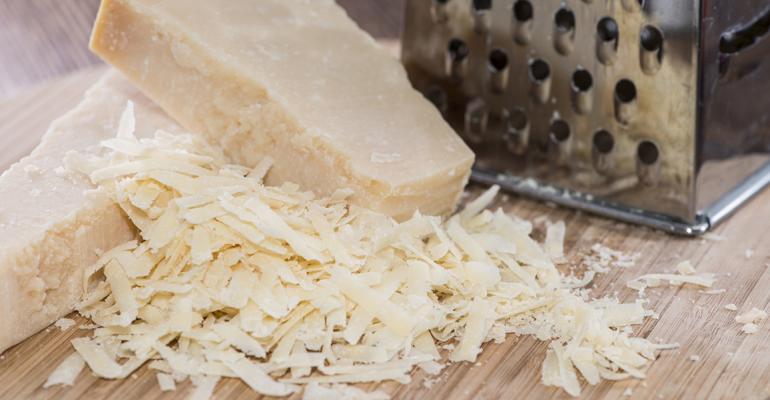 Imagine if U.S. supermarkets could no longer sell parmesan cheese as “parmesan” and feta as “feta.” Instead, they were forced to label these products “hard-grating cheese” and “brined white cheese.” Taking it a step further, imagine that no images that might call to mind a specific country would be allowed on the packaging.

Sound impossible? Well, that’s just what Europe is pushing for in an increasingly aggressive, two-pronged campaign.

First, it wants to monopolize the use of dozens of generic names recognized by millions of U.S. consumers as some of their favorite foods. Examples include black forest ham in the meat counter and feta, asiago and parmesan in the cheese case.

Next, Europe wants new limits on the images U.S. food companies can put on their labels. Italy, for example, has cried foul over salad dressing and spaghetti sauce because their labels show things like basil, tomatoes and mozzarella. In its view, these images echo the colors of the Italian flag and therefore risk misleading consumers into thinking these pantry staples are imported.

Europe’s assault on generic food names and packaging is being pursued mostly through official designations called geographical indications (GI), which protect the unique nature of a few very specialized foods. Essentially, Europe wants to drastically expand the scope of protection provided under geographical indications to keep those in other regions from using names that have long been in the public domain.

The current playing field in this high-stakes game is trade agreements, including the U.S.-European trade deal now under negotiation. But Europe’s designs on generic food names and label images go far beyond trade agreements. Ultimately, it wants to ban the use of dozens of cheese, wine and meat terms and dictate label images in a host of markets around the world, including in your stores.

What does this mean to you as retailers and suppliers in the U.S. food industry? This could mean fewer sales of some of your best-selling products and lots of questions from customers. It could also mean restricted selections of recognizable products and smaller margins due to exclusive rights for common names by only one set of suppliers.

It’s reasonable to restrict the use of some niche product names. In this country, both Washington State Apples and Idaho Potatoes are protected terms. In Europe, Brie de Meaux can only appear on labels for a cheese made in a specific region of France, while Clare Island Salmon can only be applied to salmon originating in a certain part of Ireland.

The problem is, in an effort to gain an advantage in world markets, the European Union has sought to apply geographical indications to dozens of generic food names that simply don’t fit the model of specialized foods identified exclusively with a certain region or country.

The EU claims that feta and parmesan cheese should be restricted because they are closely identified with specific European countries. But more than 10 times as much feta is produced outside Greece as within. And half of all parmesan is made outside Italy. Arguing that a small group of European producers should have exclusive right to these names is like claiming that only Italians should be permitted to use the term pizza.

Fortunately, a group of companies and organizations joined together in 2012 to preserve the right to use threatened generic food names. Since then, the Consortium for Common Food Names has objected to multiple geographical indication applications around the globe and convinced negotiators to write better GI rules into last year’s massive Trans-Pacific Partnership trade agreement.

But that hasn’t stopped Europe from pressing for name restrictions in a long list of countries and, more importantly, in the next big trade deal, the Trans-Atlantic Trade and Investment Partnership.

Left unchecked, Europe’s abuse of geographical indications will drastically affect your ability to use names and label images that have appeared in your stores for decades. To find out more, visit the Consortium for Common Food Names website at www.CommonFoodNames.com.