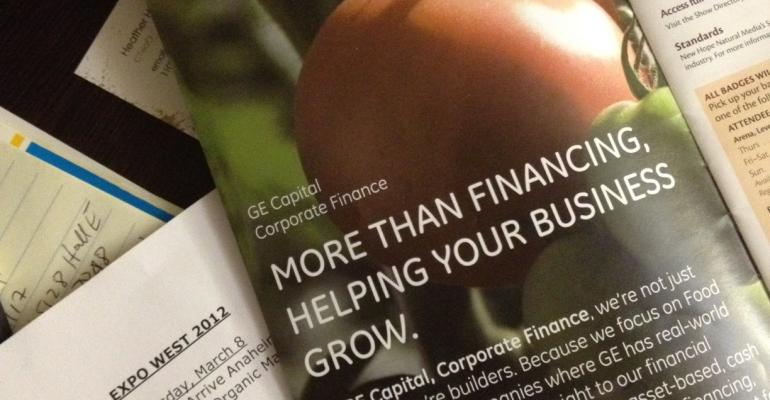 Business always gets done at trade shows, and Expo West is no exception. In fact, the sheer size of this gathering suggests that a lot of dells are made. 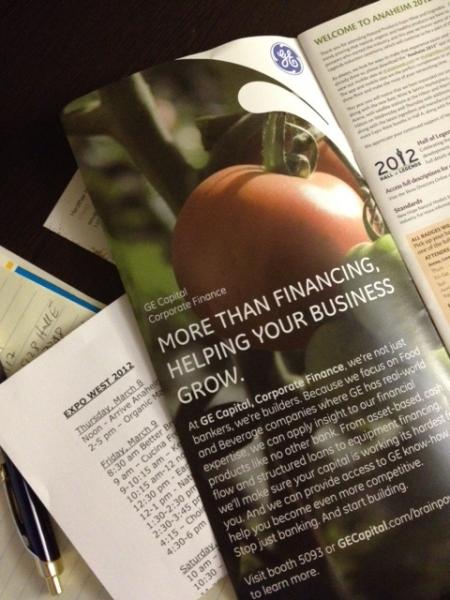 This year, however, there's a distinct "bigness" about this aspect of the show. GE Capital Corporate Finance has taken out large ads in the show directory, and the investment group Partnership for Capital Growth is sponsoring signs that literally encase the escalators at the convention center. There can be no doubt that the investment community increasingly sees gold in the green — or maybe it's green in the green.

Either way, the active profiles the investment community are taking in the natural products industry has never been so bold or so obvious. It's as if the Wal-Marts of Wall Street are walking the show floor. Smaller producers and start-ups might be surprised by the attention they get from these folks, along with the scrutiny. Starting a food business is tough, tough work, and there's never a guarantee your vision is going to shared by the millions of consumers you're trying to reach.

But there is something here at the show this year, some threshold of success, that is attracting the Big Money.

What's not to like? The 2012 Expo West show percolates with new products, passion and commitment, There are sections devoted to food and beverages, pet food, health and beauty care, ingredients and supplements, among others. Each one has its category captains. But there are plenty of smaller companies that have products and services that are worthy of financial support and market expertise. Speaking of Wal-Mart, don't forget that they've gone into the product development business themselves.

The buzz around this year's show is mergers and acquisitions. Indeed, some of the exhibitors here just announced deals: Emergen-C maker Aacer was snapped up by pharma giant Pfizer; General Mills bought snack chip maker Food Should Taste Good; and Dole Food Co. padded its healthy products  portfolio with the acquisition of Mrs. May's Naturals, a maker of nut snacks. All three deals occurred with a week of each other.

Even though those deals are impressive in and of themselves, they'll likely pale compared to those coming later this year. I wouldn't be surprised to learn that the negotiations began at this very show.