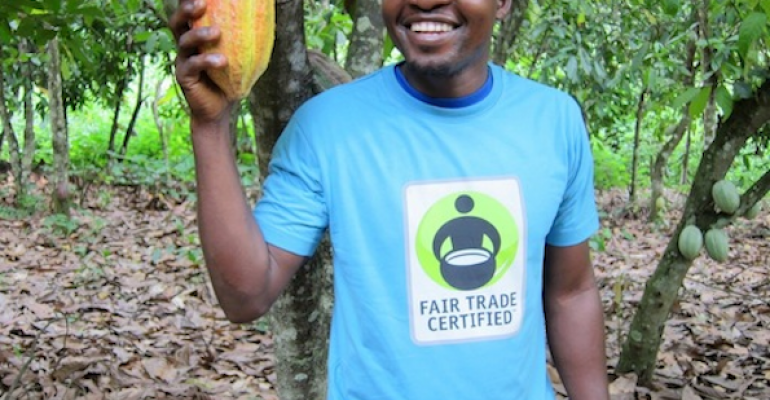 There's no other way to say it: Cocoa farmers are poor. Really poor.

In West Africa, where 60% of our cocoa comes from, farmers make about $0.50 a day. Yes, $0.50 a day is what someone earns to make that indulgent, melt-in-your-mouth, delicacy that we all enjoy.

What does $0.50/day mean? We met a farmer named Tano Louis Bejdou, who is typical of most farmers in the region: His family has been farming for generations and he has just a few acres of well-groomed cocoa trees. For a typical farmer that means about 2,000 pounds of cocoa which sells for about $2,000. But after paying for help, fertilizers and farming tools, they're left with just $150 to take care of their family.

Tano is about 40 years old and lives in his family compound. His wife cooks in an unventilated dirt-wall kitchen (which is terrible for her lungs), he struggles to send his kids to school (which costs just $10/year), and his entire family of six shares a single bed and room. 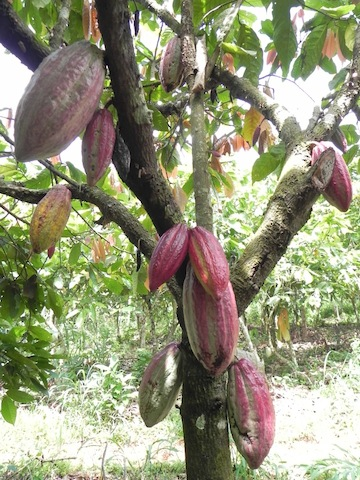 It’s a sad enough story that this is just one farmer. But it’s true of millions of farmers throughout West Africa.

It’s a tragedy and it’s happening just a few supply-chain steps away from the grocery store shelf.

I'll stop pulling on your heart strings for a second, though, and hit you somewhere else: your taste buds. Cocoa farming in West Africa is such an unattractive occupation that no one wants to do it anymore. When asked, only about 20% of cocoa farmer’s children want to follow in their parents footsteps. That means in a generation we'll have far fewer cocoa farmers, and therefore far less chocolate for us to eat.

The cocoa industry sees the risk of losing cocoa farmers and is making a concerted effort to improve yields on cocoa farms. This is almost certainly a good thing — more cocoa per farm should mean more money per farmer.

But the desire for improved yields can’t come at the expense of improved lives in the short-term. Farmers say their biggest needs are better roads, education, and healthcare. But most of the sustainability programs in the region are focused on better farming practices which misses the two most pressing needs of farmers: more money to cover their basic needs today, and long-term investment in their communities.

Here's the hope: What we saw is that Fair Trade certification really is a great way to make a difference.

Don't believe me? Ask any farmer.

One co-op leader said in comparison to other sustainability programs, "Fair Trade is a thousand times better.” With Fair Trade they get more money, more decision-making power, and more autonomy. Their only challenge with Fair Trade: not enough buyers. Until people start buying their cocoa on Fair Trade terms, we won’t see the change they all need.

The good news is that consumers are taking notice, retailers are pressuring brands, and we're seeing more interest in Fair Trade chocolate than ever before. Our team is working hard, but big change has yet to happen; we need your help. So keep spreading the word about Fair Trade — it really does make a difference to farmers.

Simply put, cocoa farmers need Fair Trade (and more), and we all should be doing what we can to make that hope a reality.

I work for these farmers, and I won't stop working until we make a difference.