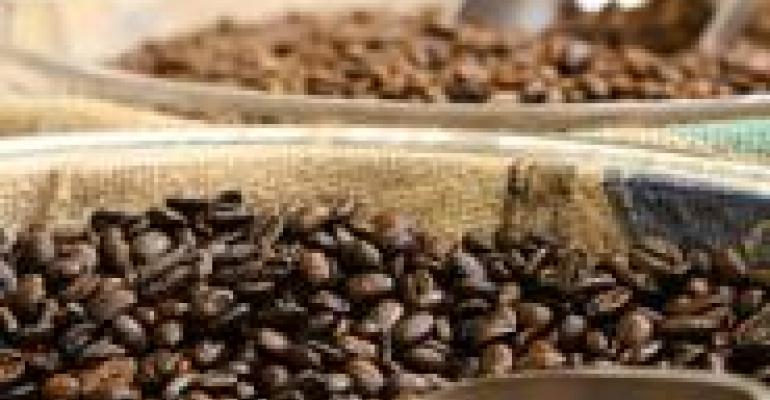 For a certification standard that’s been around less than twenty years, fair trade has by all accounts performed exceptionally well in the U.S. One out of every three shoppers knows the label, studies show. Fair Trade USA — formerly TransFair USA — the country’s largest certifier of fair trade products, has certified 10,000 products and reported 63% sales growth in this year’s second quarter. Sales in grocery led the way with an 87% increase.

Consider that fair trade has made these gains amidst a jostling crowd of competing standards and claims, and these achievements become even more impressive.

But consider that in Europe the fair trade label enjoys 80% awareness, or that it still plays second fiddle to the organic standard here, and it’s understandable why stakeholders are restless.

Fair Trade USA, for one, believes bold action is the key to growing the label’s impact. Last month, the certifier announced changes to its standards as part of an effort to reach more manufacturers, farmers and workers and to double U.S. sales of fair trade products by 2015. At the same time, FTUSA announced it will resign its membership with Fairtrade International (FLO), the global standards organization for fair trade, at the end of this year.

“We’re trying to open up supply so that we can benefit more people and give more companies more opportunity to do good,” said Stacy Wagner, director of marketing and public relations for FTUSA, in an interview yesterday.

The significance of this is huge — and not in a good way, some argue. Under its new certification standards FTUSA will, starting with coffee, expand its producer network beyond smallholder farming cooperatives to include plantations and estates that rely on worker labor. The FLO standards that FTUSA and other certifiers have followed to this point accommodate estate growers in some categories, like bananas and flowers, but not in sugar, coffee or cocoa. FLO, for its part, maintains this approach is based on extensive research involving labor models. FTUSA, however, believes the system is too exclusive and too difficult for many companies to join.

“If 100% of the coffee companies wanted to go fair trade, fair trade could not supply them with the type, variety or even the volume they want,” said Wagner.

Besides FLO, the most vocal critic of FTUSA’s plans is the Organic Consumers Association. Ryan Zinn, campaign director with the OCA’s Fair World Project, a fair trade watchdog organization, said in an interview that the expansion to estates isn’t necessary at this point. The majority of the world’s coffee, he explained, is still grown by small farms, and the focus should be on further outreach to them before making the net bigger.

“This is a big break from what fair trade producers associations want as well as what fair trade advocates and other initiatives around the world are saying needs to be happening,” Zinn told me. “This was all done really unilaterally.”

The World Fair Trade Organization stated that FTUSA’s decision “has long-term and far-reaching consequences for the Fair Trade movement.” An organization representing more than 800 producers in 60 countries, meanwhile, stated they were “disappointed to see that Fair Trade USA has chosen to define its own orientations rather than forming part of the global vision.”

“If you’re a chocolate bar company that moves to have your cocoa fair trade certified, great, we’re with you,” said Wagner. “But if you can’t certify your sugar right now because it makes the chocolate bar go from $1 to $3, then we will work with you to continue to support that cocoa until the sugar becomes commercially available.”

The problem with this model, according to Zinn, is that this same company could sell a certified chocolate bar made with fair trade sugar and non-fair-trade cocoa.

Zinn explained that he supports transitioning companies and doesn’t hold a bias in terms of scale. He wants the transition to be measured, documented and available for the public to see — things, he said, Fair Trade USA has failed to do in the past.

For better or for worse, fair trade in the U.S. appears to be at a crossroads. It’s a point that every movement reaches, it seems, when the everlasting debate over upholding standards versus commercial expansion is reignited.

So what do you think? Let us know, and stay tuned over the next couple days for Q&A posts that further outline both sides of this issue.