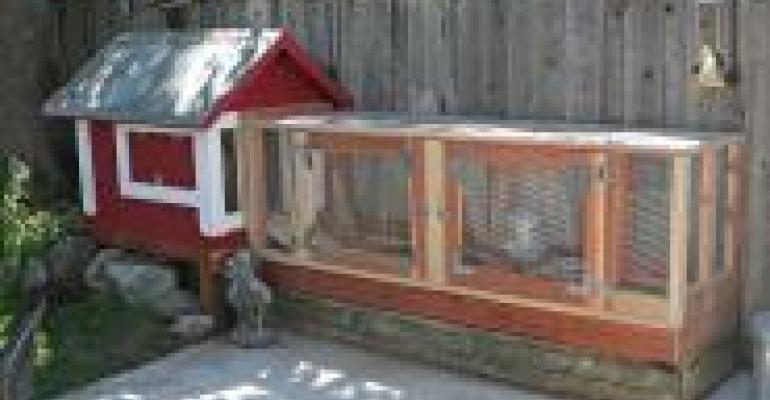 The dark headlines of August — the debt ceiling, the Mid-Atlantic earthquake and Hurricane Irene — also shaded the food world. The stories here were much smaller in scale, but just as devastating for those involved.

Earlier this month, a fourth-generation family farm in Oregon growing strawberries was implicated in an outbreak of E. coli that killed an elderly woman and sickened more than a dozen other people.

Just this week, the Centers for Disease Control and Prevention alerted the public that two strains of salmonella, responsible for sickening more than 100 people, had been traced to an Ohio-based mail-order poultry hatchery.

It should be noted that in both cases, no food safety violations have been recorded, and no criminal charges have been filed against either purveyor. Authorities believe that wild deer contaminated the strawberry fields, while the CDC notes that salmonella is a very common occurrence in chicks — which explains the high number of young children counted among the victims.

The point is that the nation’s deepening love affair with local and authentic foods — the honey from rooftop apiaries, the eggs nestled in backyard chicken coops, the kitchen pickles sold in mason jars at the Sunday farmers’ markets — can’t be blindly trusted just because they are local, artisan or homemade. The incidence of food poisoning is almost always much lower than those for commercial foods, but that is partly due to volume: The more you make, the bigger the potential for a more widescale outbreak.

The relatively narrow scope of the events mentioned above nevertheless has reignited calls for the blanket regulation of smaller food purveyors. Under the provisions of the Tester Amendment of the Food Safety Modernization Act, food companies earning less than $500,000 from direct-to-consumer sales are not subject to regulation by the Food and Drug Administration.

Supporters of the exception argue the expense and paperwork involved in trying to meet federal standards would defeat the benefits of even starting such an operation. They also noted, accurately, that state and local governments have laws and regulations better geared towards small businesses.

The major food industry organizations opposed the amendment, stating that the whole purpose of the FSMA was to reverse years of after-the-fact recalls and empower federal agencies to proactively prevent tainted food from getting to the public.

Both sides make compelling arguments, but the final responsibility rests with the consumer. It’s crazy for us to believe that just because we picked our own berries that they don’t need to be thoroughly washed; or that the fuzzy yellow chick burrowed in the shredded newspaper is just so cute that it couldn’t possibly harbor dangerous bacteria. All stakeholders in the food industry — including supermarkets, which have adopted many aspects of the local food movement — need to remind their customers that "local" does not automatically mean safe.