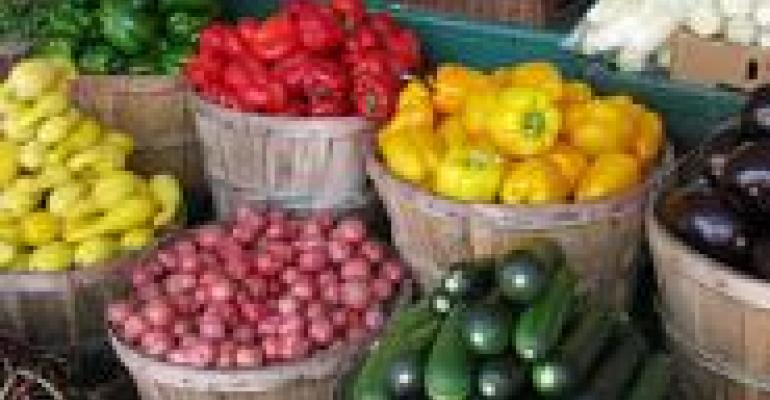 It turns out, though, that the opposite may be true. In a recent study published by the Northeast Organic Farming Association of Vermont, and covered on Barry Eastabrook’s Politics of the Plate blog, researchers compared produce prices at ten supermarkets and ten farmers’ markets and found that the majority of items were cheaper at farmers’ markets.

And we’re not talking about just a little bit cheaper. Organic items cost an average of 40% less at farmers’ markets, and popular conventional choices like lettuce and cantaloupe were in some cases twice as expensive at supermarkets, the study found.

It’s unclear where exactly the high-price stigma comes from for farmers’ markets, but if this study is any indication, it’s way off. A few studies have compared prices between the two outlets in the past, and they’ve indicated a slight difference in price. But according to Jake Claro, the author of this most recent report, increasing competition amongst farmers’ markets has brought prices down even further. Figures from the U.S. Department of Agriculture show that there are 5,274 farmers’ markets across the country, compared to 1,755 fifteen years ago.

Supermarkets have cozied up to farmers’ markets over the past several years, stocking stores with local food as well as wagons, wooden crates and other agrarian knickknacks. Some even host farmers’ markets in their parking lots. Yet, retailers have never really taken them seriously as price competitors. They’re like a kid brother — ambitious and growing, but harmless.

That relationship may very well change in the coming years. Although they only account for .2% of American food dollars currently, farmers’ markets are gaining momentum and reaching out to shoppers of all income levels. As they grow, their marketing and pricing schemes will evolve, quite possibly to a point of sophistication that could make all those hay bales and overalls seem ironic.