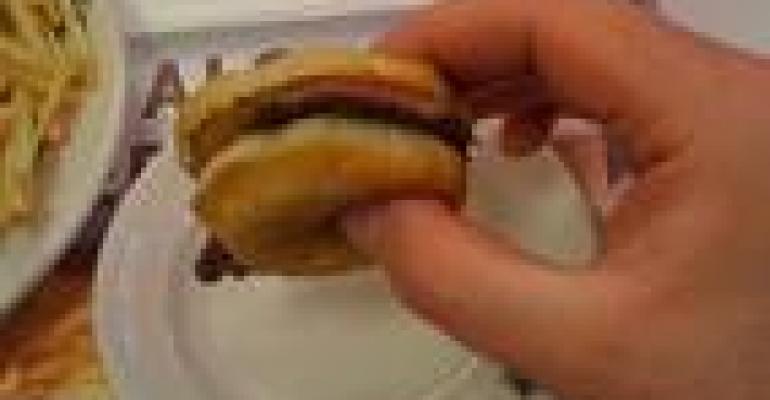 From the same company that brought you ten types of ice cream bar, the double bacon cheeseburger, and the 1,600-calorie chicken strip basket (with country gravy) now comes … the 300-calorie mini Blizzard.

Dairy Queen, along with several other fast-food vendors, has taken a cue from the CPG industry and decided to slim down a bit. In addition to DQ’s mini Blizzard, Starbucks is offering tiny cupcakes, whoopie pies, and a “junior” lemon square that has 120 calories compared to the larger version’s 490. McDonald’s, meanwhile, which made its name with the Big Mac and the Quarter Pounder, is testing mini chicken bites, and has developed an Angus snack wrap that contains about half the meat found in its signature burgers.

Whether unhealthy treats suddenly become healthy through downsizing is up for debate. What is known, however, is that with sales still struggling and commodity costs high, companies are looking for ways to use fewer ingredients. Couple that with the lingering recession and the focus on portion control amongst health-conscious consumers, and it’s a no-brainer for the industry, really. Full-service chains like Ruby Tuesday and The Cheesecake Factory jumped on the trend a few years ago with promotions like “Right Portion, Right Price”, highlighting the competitive edge that smaller portions can offer a struggling industry.

The question for supermarkets is, how to respond? The 100-calorie pack trend peaked a few years ago and has started to taper off. Like many dieting fads, that always seemed destined to lose steam — but the concept of portion control is still very relevant. For the first time ever, the dietary guidelines released earlier this year recommend consuming fewer calories in addition to making healthier choices. Popular weight-loss systems like Weight Watchers feature smaller versions of many well-known dishes. Recent studies, too, have pointed to the importance of counting calories.

Some grocery categories, like candy, are mixing in smaller sizes. The sustainable packaging movement has also dovetailed nicely with portion control, with smaller boxes and wrappers leaving shoppers with less to scarf on. And here’s betting the industry will soon come up with an heir to the “100 calorie” line of offerings.

Because unlike the food they make, their ambitions will never come in a smaller size.