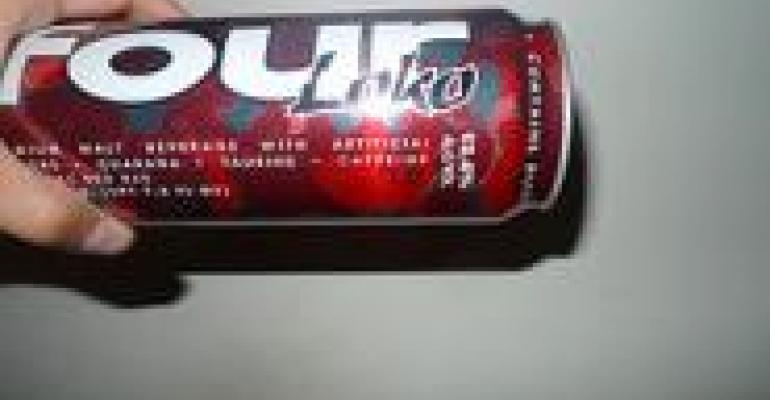 As expected, the Food and Drug Administration today sent a warning shot across the bow of alcoholic energy drink manufacturers, singling out four companies in particular for making beverages that don’t meet the agency’s standards for safety.

The warning letters went out this morning to Phusion Projects — makers of the infamous Four Loko — United Brands Company, Charge Beverages Corporation, and New Century Brewing Company. The companies have 15 days to inform the FDA of plans to bring their products in line with the agency’s guidelines, or face further legal action.

The announcement comes at the end of a yearlong investigation by the agency, which concluded that the combination of caffeine and alcohol creates a dangerous “masking” effect that makes drinkers feel less intoxicated than they actually are, and thus more likely to engage in drunk driving, unsafe sex and other behaviors.

“Caffeine can mask the normal signs of intoxication, leading to a state the wide-awake drunk,” said Margaret Hamburg, FDA commissioner, during a conference call this afternoon. “The combined consumption of high levels of caffeine and alcohol has been linked to intoxication and poisoning, automobile accidents, and assault.”

The masking effect is, of course, what consumers — and especially younger ones — love about drinks like Four Loko. No matter how sweet it tastes, though, these drinks pack a serious punch, with alcohol content in the double digits and enough caffeine to rival a strong cup of coffee. Several recent deaths have been linked to Four Loko, creating a public and media firestorm leading up to the FDA’s announcement.

In anticipation of the FDA’s decision, Phusion yesterday stated that it will stop putting caffeine in its drinks. That’s likely the route most other manufacturers will go, and they could possibly pull products from shelves, as well.

Even that may not curb consumption right away. Already, Facebook groups have started popping up imploring consumers to stock up on the drinks while they still can, and some stated they plan on making their own concoctions.