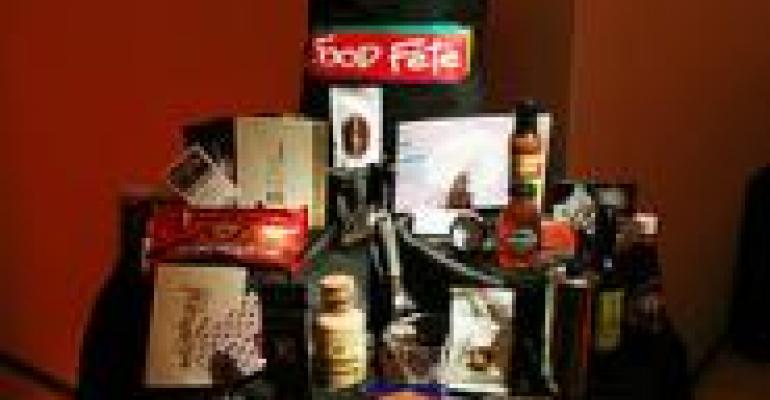 My first taste of gluten-free came at a trade show three years ago, where a company that shall remain anonymous convinced me to try their new macaroni and cheese dish. It was, how shall I put this delicately? Awful — like cardboard covered in Cheez Whiz and sprayed with oven cleaner.

Contrast that experience with the Food Fete event I attended two nights ago here in New York where, still timid, I took up a plate of gluten-free five cheese ravioli from Pasta Prima. When the press reps are watching, you always say the food is good. But this time I really meant it. The cheese was well balanced and didn’t taste processed; the pasta had a nice texture. I’m not a food critic, but I know enough to say this tasted like the real deal.

Such innovation is inevitable for such an in-demand category. According to market research firm Packaged Facts, gluten-free foods has seen four straight years of 30% sales growth, reaching $2.6 billion last year. With all that competition, taste becomes the barometer for success, and to that end we’ve seen companies invest significantly in R&D to move from cardboard to crave-worthy.

Similar growth can be seen with dairy-free, nut-free, and other foods that cater to consumers with allergies, which were also out in force at Tuesday’s event. Pacific Natural Foods sampled its new line of hemp milk. Green Valley Organics showed off its line of lactose-free dairy products. Even the National Peanut Board was there to talk about its investments in allergy research.

So while the science community tries to figure out why, exactly, food allergies and intolerances continue to increase in this country, the manufacturing community is forging ahead. And right now that’s paying off. But companies would do well to stay abreast of the latest marketing and medical research. Although gluten-free sales have taken off, the number of people diagnosed with celiac disease has stayed flat, raising the possibility that the market is a bubble.

“There’s just not enough people who suffer from gluten intolerance and celiac disease to support the category in the long term,” said Melissa Abbott, director of culinary insights at the Hartman Group, in a related story from our latest Whole Health issue.

There’s also this, a story from The New Yorker about the latest food allergy research, which suggests that avoiding sensitive foods altogether may not be the best treatment, especially for pregnant women and young children.

Neither of these findings should stop the assembly lines. Rather, companies should take them into consideration, and know that their customers will be, too. Allergy sufferers and manufacturers alike hate surprises.