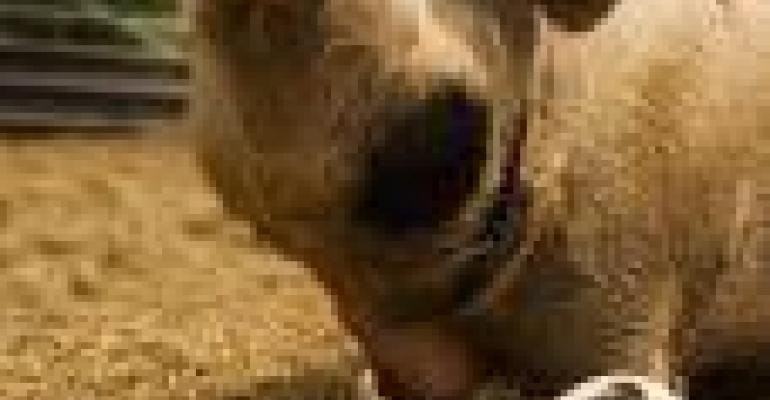 Tainted peanuts, pistachio nuttiness and other recent food safety fumbles have consumers, understandably, wondering where they can turn.

One answer many of them seem to agree on: Simple, all-natural food. Something like free-range pork — that’s a safe bet, right?

Maybe not. An op-ed in today’s New York Times discusses how pigs allowed to roam can actually pick up more bacteria and parasites than their conventionally raised friends. More time outdoors means more opportunities to come in contact with rats, cats and other potential disease carriers. In a study from the journal Foodborne Pathogens and Disease, which the author, history professor James McWilliams, cites, salmonella rates in free-range pigs were 54% versus 39% for conventional. Rates of the pathogen toxoplasma were 6.8% versus 1.1%.

McWilliams tears down other agrarian ideals associated with free range. Roaming on a farm, he argues, is not as natural as people think it is. It’s “piggy day care, a thoughtfully arranged system designed to meet the needs of consumers who despise industrial agriculture and adore the idea of wildness.”

Which still doesn’t erase the fact that it affords animals a better quality of life than industrial confinement does. Indeed, the fact that free-range is a more humane alternative is something McWilliams ignores, choosing instead to look solely at the human health angle.

The food system, and food safety, isn’t only about us — that’s a fact, and it’s a fact a lot of consumers take to heart. They’re also smart enough to understand how to prepare food properly, and that they shouldn’t split hairs over things like salmonella count.

Let’s face it, 39% and 54% are both high rates, perhaps higher than they should be. Rather than scaring people away from humanely raised meat, the best advice is to know your food, know where it came from, and — especially if it’s pork — cook it through and through.