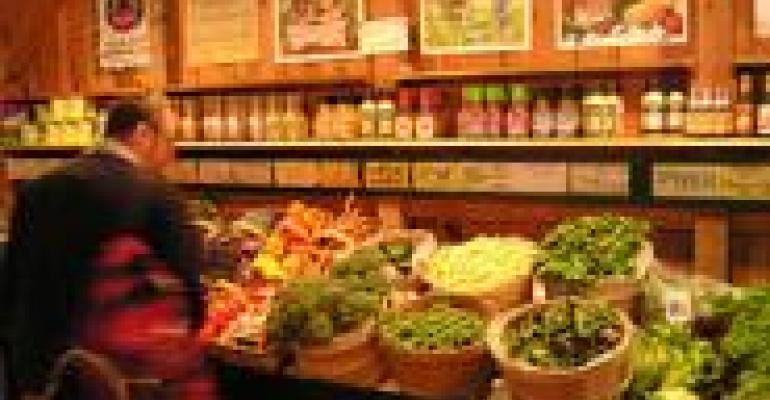 Here’s further proof that healthful eating can be the best medicine: An Ohio insurance company that’s shipping boxes of fresh produce to policyholders.

Medical Mutual, a Cleveland-based insurer that serves 1.6 million, started the promotion last month. Eligible customers sign up and pay $25 for each box of fresh fruits and vegetables that come from none other than The Chef’s Garden, the well-known grower in nearby Huron that supplies high-profile restaurants like New York City’s Aureole, and the French Laundry in California. A recent shipment described in a Plain-Dealer story included red fingerling potatoes, candy-striped beets and baby bok choy.

So recipients get great-tasting produce, and they throw in their lot with sustainable agriculture, the guiding principle behind how The Chefs Garden farms its 260 acres.

There’s just one complaint, and it crops up a few times in the comments section of the Plain-Dealer article. Apparently the boxes are pretty small. “Tons of packing, very little produce. We didn't even have enough greens to make 2 salads,” wrote one disgruntled customer.

Sadly, eating healthy is expensive, and buying from a boutique grower doesn’t help matters much. But there’s no discouraging the principle behind this story — that preventive care through healthful eating is gaining momentum. And sourcing from local farms is icing on the cake. Last year, hospitals in the Kaiser Permanente system began holding farmers markets and using locally produced foods in their kitchens. The Chef’s Garden has started selling to a hospital in Detroit, and plans to further expand its distribution beyond the restaurant channel.

Supermarkets are fully equipped to ride the preventive care wave, and they have the added benefit of pharmacy departments that can provide in-demand pills, powders and other supplements. Functional foods, whole grains and other nutrient-added, all-natural products have their place, of course, but as the Med Mutual program and others like it prove, there’s no substitute for a great produce department.