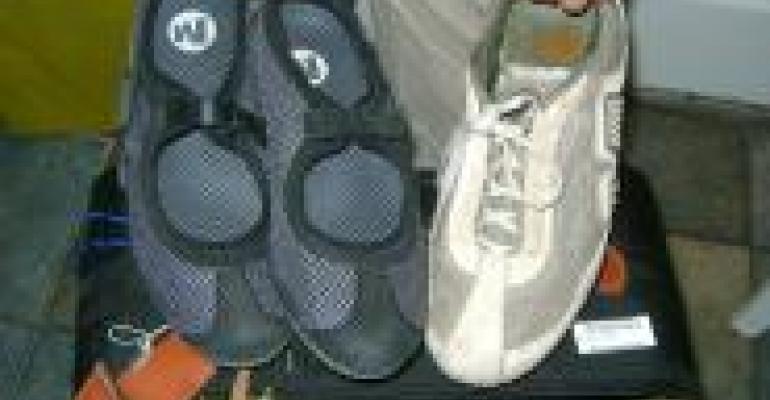 Getting Ready to Go

Which shoes? That’s my big concern this morning. Not the economy, not my camera battery, but which shoes will be best for trodding the show floor.

But, also, as I pack for the IDDBA show, I can’t help thinking about the more than 50 volunteers, from all corners of the retail world, who have already arrived in Atlanta and are right now working on IDDBA’s Dairy-Deli-Bake 2009’s main attraction, its Show & Sell Merchandising Center.

The volunteers -- retailers, brokers and others -- sit down to breakfast together Friday morning, but that’ll be the last time they relax for a while. They’ll soon be chopping, slicing, cooking, and doing all the other stuff needed to get ready for Sunday at noon when the show opens.

They’ll jump right into the just-set-up, fully operating, on-site kitchens to produce the food featured in Show & Sell’s trendy displays. Then Saturday, they’ll set the cases, and get all the banners and signs up. It’s a ton of work. As one retailer-volunteer told me last week, “It’s like doing a remodel in two days or a day and half.”

They’ll be striving to top what they did last year, which was pretty spectacular. The Show & Sell area is bigger this year, too. When I was talking to Carol Christison [IDDBA executive director] earlier this week, she mentioned she has more vendor sponsors this year for the Show & Sell Center than she did last year. Even in this economy!

What’s more, registration for the show itself is running ahead of this time last year, and the number of exhibitors is almost the same as last year. Some new, entrepreneurial companies have come in, she said.

All in all, it sounds like Dairy-Deli-Bake 2009 is going to be a big, high-energy show. I’m anxious to get there and see what’s going on.

Oh, Atlanta grits and barbecue are beckoning, too.