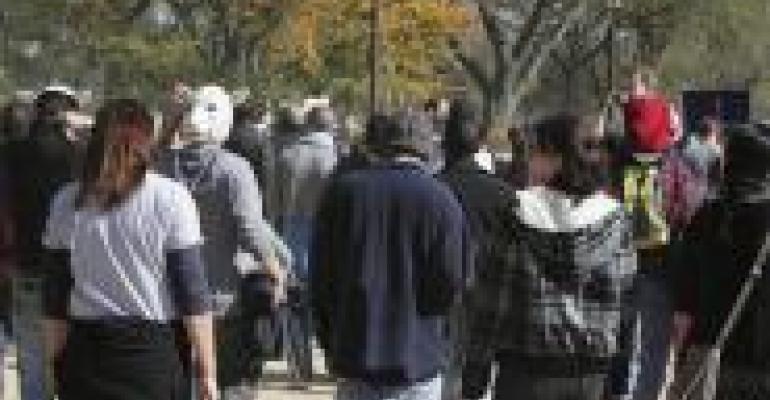 Opponents of genetically modified foods have had a busy March. Already this month, they’ve filed a new lawsuit against the U.S. Department of Agriculture for approving unrestricted use of Monsanto’s so-called “ Roundup Ready” alfalfa; and they’ve also taken to the streets in the form of rallies. Some 20 protests were planned for the weekend of March 26, including one right in front of the White House.

The court case, led by the Center for Food Safety and Earthjustice, accuses the USDA of providing “inadequate oversight” of a biotech crop.

“This reckless approval flies in the face of overwhelming evidence that GE alfalfa threatens the rights of farmers and consumers, as well as significant harm to the environment,” said Andrew Kimbrell, CFS’s executive director, in a statement.

More than a dozen consumer and farm groups are supporting the case as well. The big concern is about organic integrity. As a principal forage crop, alfalfa is popular with organic cattle. If there’s drift or cross-pollination by bees, then organic alfalfa crops can be compromised. The groups warn that the impact of contamination would endanger organic operations, since alfalfa is the fourth most prevalent crop in the United States, and is grown on more than 20 million acres in every state.

The Rally for the Right to Know aims to alert and mobilize the public. The organizers listed the following demands:

• We have the right to know and want genetically modified foods labeled.

• We want independent, transparent, long-term studies done on the safety of GMO’s for animals, plants and humans.

• We want the organic industry protected from cross­ contamination and lawsuits to organic farmers from GM technology.

If the list seems a bit shrill, one has to remember that the federal government has so far been pretty consistent in saying that GM foods are “substantially equivalent” to conventional foods, and so have resisted calls for labeling. Even more is at stake for organic production, since the National Organic Program specifically prohibits the use of GM ingredients in the manufacture of organic products.

GM opponents are pinning their hopes on the courts. The first lawsuit, filed in 2007, came down on against the USDA, which was ordered to perform a four-year environmental impact study of GM alfalfa. The EIS was completed and the agency announced earlier this year that unrestricted planting could commence in time for the spring. The plaintiffs are asking for a stay while the case wends its way through the courts.