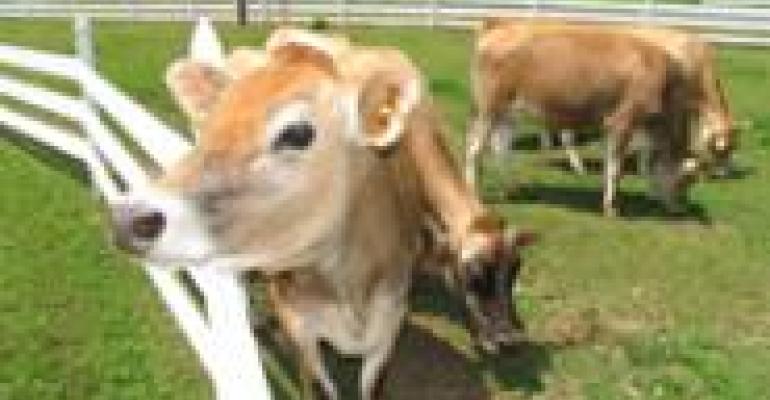 Consumers who buy organic dairy and meat like to think that the livestock these products come from are raised outdoors, roaming free across rolling hills and grassland. That’s not always the case, however, and one of the main reasons has been the U.S. Department of Agriculture’s “access to pasture” rule, which leaves a barn-sized loophole that has allowed some manufacturers to confine their animals year-round.

To close this gap, the USDA recently proposed regulations that would require cows to graze on pasture for at least 120 days a year, and receive 30% of their feed this way. That would solve problems relating to confinement and grain usage, and it’d also significantly shake up two of the fastest growing categories in the supermarket.

Interestingly, both large-scale operators and organic purists argue that the new rules are too strict. Here’s why: In addition to stipulating the number of days spent grazing, the USDA says that organic farmers will have to keep their livestock outdoors all year long, moving them to “sacrificial pasture” during colder months, when the grazing season is over. Writing in the San Francisco Chronicle, Albert Straus of Straus Family Creamery in Marshall, California argued that in some areas of the country it’s too cold, too wet, or unsanitary (or all of the above) to keep animals outdoors all the time.

“Tragically, the USDA's one-size-fits-all solution ignores significant regional variations in climate, rainfall, availability of water and other factors that directly affect a dairy farmer's ability to care for the soil, water and the well-being of the animals,” he wrote.

Straus and more than 30 other dairy farms in California have opposed the new regulations, which ended their comment period last week.