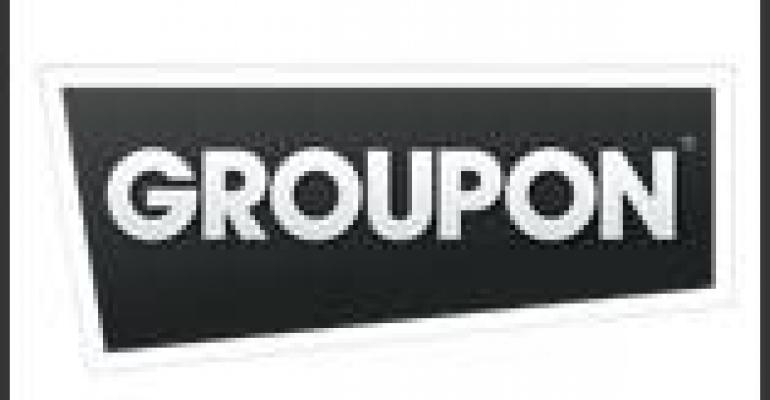 Groupon for the Green Set

I am not the impetuous type. I usually jot down what I want on a list, or at least have a good idea of what I need before entering the supermarket. I try to stay out of the middle of the store, where most impulse items are merchandised.

Yet, certain things still have the power to throw me off: a clean, appetizing demo station; a compelling endcap display; a hand-lettered sign; anything that exhibits a sense of humor. I usually encounter at least one of these intercepts during my shopping trips, and that means walking out with more than one spontaneous purchase.

So, correction: I am the open-minded type of shopper. Perhaps that explains why I’ve been intrigued by all the fuss surrounding Groupon, the daily online coupon site that tailors offers to the subscriber’s geographic area and preferences. The company made headlines last month after Google attempted a $6 billion acquisition of the start-up. The effort failed, but the story was a boon for Groupon, since the publicity sent a bunch of people (including me) over to the site to see what it was all about.

The basic premise of Groupon is making that day’s discount offer so interesting and affordable that one feels compelled to join others in buying into the bargain (the pitch is helped greatly by the irreverent descriptions written about the items for sale). Once the item has enough takers, the sale tips and the discount is granted. Recent offers I’ve seen have ranged from a 50% discount on a year’s subscription to The Economist, to a half-price shave and haircut at a barber shop downtown.

This type of invited intercept — where a person voluntarily signs up to receive sales pitches — is now being utilized by other entities, including the sustainability sector. The non-profit Green America has partnered with Q4 Marketing to launch Green Deals, a site that combines bargains with an ecological bent. More than 100,000 people have already subscribed to the service, according to Green America officials.

“Running a Green Deal helped connect us directly with conscious consumers that are often thought-leaders within their social networks — the very customers that have the potential to become brand evangelists — all within a group buying model,” is how one company owner who posted an offer on Green Deals described the benefit.

This sales model is on fire and sure to be adopted and improved upon in the coming months. What if a supermarket ran such a program? Imagine a Trader Joe’s or Whole Foods promoting a single item in their stores, say, one day a week. Subscribers to the service receive an email on a Wednesday morning; if they like it, they sign in and join the group deal, and then redeem the printable coupon (or whatever tender the retail chooses) at the store.

For retailers with a strong identity and loyal customers, it could make for a lot of fun. For those operators lacking the image necessary to pull of something like this, it’s something to aspire to. This is marketing to a captive audience eager to know what’s next. It doesn’t get much easier than this.