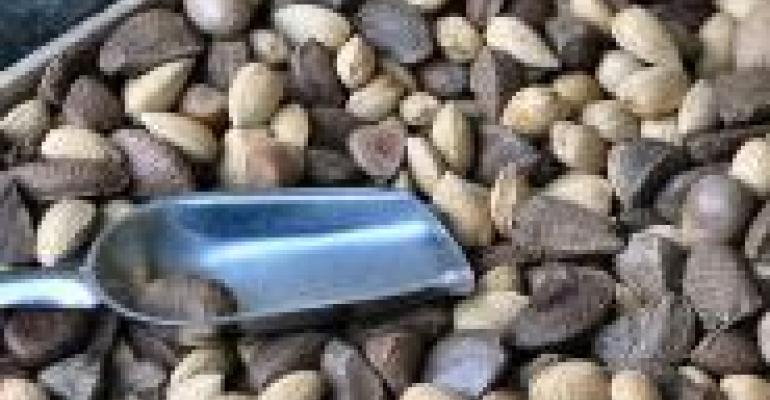 Supermarkets might want to check their inventory of nuts. Look in the grocery aisle for the cans and jars, the bulk section next to produce, and anywhere else these little gems are merchandised. Chances are sales will start going up very soon, thanks to a study that really cracks the shell on the connection between nut consumption and health.

First, some background. Nuts have had it pretty good for a few years now. It was the late 1990s when a new round of studies began taking a fresh look at the nutritional profile of walnuts, almonds, pecans and the like. One of the biggest findings has been that nuts have the ability to lower cholesterol and undo the effects of LDL or “bad” cholesterol.

The U.S. government concurred with these initial conclusions and in 2003 the Food & Drug Administration bestowed a qualified health claim on most nuts, stating that eating about two ounces daily could reduce the risk of heart disease.

Now, a new report published in the May issue of the Archives of Internal Medicine has found that people who ate even higher quantities of nuts (about 2 ½ ounces) every day lowered total cholesterol levels by 5%, and dropped their LDL cholesterol levels by 7%. In so doing, the ratio of bad to good cholesterol tipped to favor the good side.

The research was based on in-depth reviews of 25 studies from more than half a dozen countries. A review of these investigations discovered that the benfits of nut consumption were greatest for those with high LDL cholesterol levels (160 milligrams per deciliter or more), those adhering to high-fat, carb-laden Western diets and people with low body weights.

But regardless of cholesterol levels or general health, everyone examined in these studies benefited from eating nuts. Even better, researchers found that the more nuts a person ate, the greater the benefits — what’s called a “dose-response” association. But since they do contain fat and pack calories, most experts are suggesting the people eat not more than 3 ounces daily.

For food retailers, this is prime time to refresh merchandising plans to build sales around the benefits of nut consumption. Stores can create displays that incorporate the health message; staff dietitians should make sure they include the news during their store tours; feature them as part of a cooking class and take a look at the bulk section to see if the current selection is fresh, clean and ready to go. Nuts have the health message — a strong retail program will help spread the good word, and good taste.