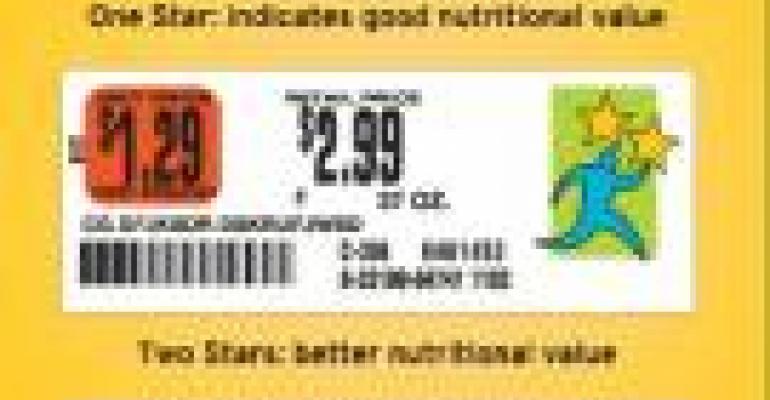 Delhaize Group companies Food Lion and Hannaford Supermarkets are among the winners named to the list of 10 healthiest grocery stores in the November issue of Health magazine.

Personally, I think the list contains some glaring omissions, and there are a few head scratchers there, too. I'm sure the economic realities in which we currently find ourselves factored into the experts' decisions, and that could account for some of the choices.

Here's what Hannaford's self-congratulatory press release stated: "Health's expert panel of six leaders in the food and nutrition field reviewed the 35 largest food retailers in the country and selected the healthiest. Judges based their findings on everything from the freshness of produce and taste of prepared foods to the healthiness of packaged goods and availability of supplemental nutrition information."

Among the Delhaize elements singled out are the Hannaford-conceived Guiding Stars program (examples shown above) that's now being licensed to all retailers around the country; the extensive outreach programs available through stores; and the extent of food quality in the fresh departments.

Congratulations Delhaize. You're also the only company with two banners on the list!