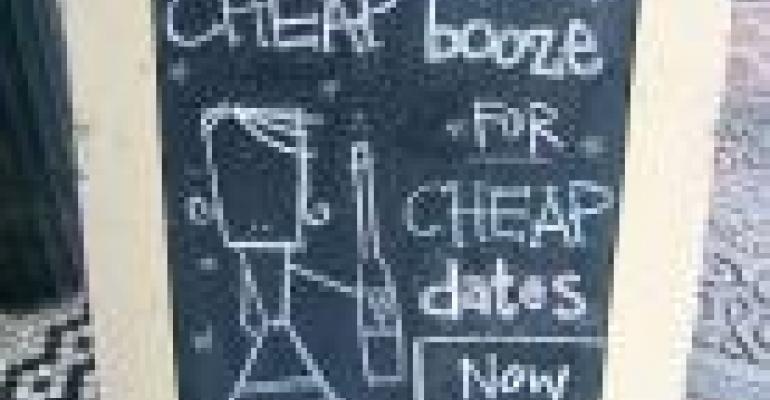 When I was old enough, I got some dating tips from my father. Like most teenagers, I considered the advice awkward and old fashioned. "Daaaaaaaad, c'mon!"

If there was one thing that stuck with me, however, it was his short, but extremely accurate list of which foods to avoid on a date: Do not order anything that can splatter (either on your shirt, or worse, her dress); no messy, drippy foods that you eat with your hands; and no portions better suited for lumberjacks (or growing teenaged males).

For me, that meant no pasta, hamburger or steak, which is just about everything I liked on the menu in those days. So, I used another piece of advice from my Dad: “I’ll have what she’s having.”

Now, two things about this little vignette: One, it turns out I am squarely in the average range when it comes to dating dinners; and two, the list of banned foods suggested by Robert Sr. hasn’t changed much over the years.

The survey, to be published in an upcoming issue of Appetite magazine, also found that females preferred “feminine” foods (those seen as appropriate for females) like salads and vegetables, in order to appear more attractive. Interestingly, men did not go for the meatloaf, but instead often ordered what they thought would appeal most to his date’s sensibilities, which perfectly reveals the motive behind my own ordering habits.

The researchers drew one conclusion that I found fascinating, but incomplete. They state that the dating food choices we make early on are not only good for our current health, they are deeply influential on the choices we make later on, during “long-term eating relationships like marriage,” they wrote.

The only problem I see with that is they forgot about another critical element of a healthy marriage — compromise. So make mine a hamburger, medium well... but OK, hold the onion.