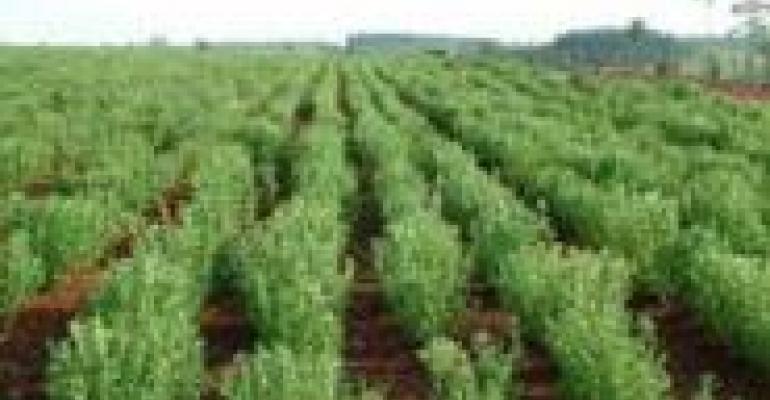 Here we go! Coca Cola and Cargill are ready to move forward with stevia, after working in tandem for six years to create a sweetener based on the South American herb. This summer Cargill released a tabletop version called Truvia, while Coke will soon release three Truvia-sweetened flavors of its Odwalla brand juice line.

So, Coke beats Pepsi in this particular race, since the latter has also been tooling around in the lab, developing (with partner Merisant) its own stevia-inspired sugar substitute called PureVia.

What’s notable here is that Coke/Cargill has declared stevia GRAS, even though the Food and Drug Administration has yet to issue its decision on the safety of stevia. Currently, the agency classifies the herb as a dietary supplement, and therefore, subject to oversight.

Coke and Cargill’s self-certfication of stevia’s safety is a gutsy, rare move, and it’ll be interesting to see how it all plays out in the coming months, as the FDA weighs in and products actually hit the market. If nothing else, it just demonstrates the intense interest beverage companies have in finding the Next Big Thing.