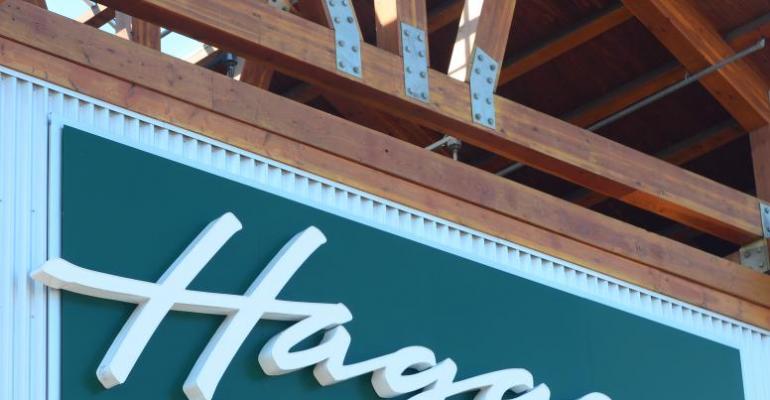 How Haggen Succeeds with Local

Bigger is better — but not always. Independent retailers especially understand this, and operators like Haggen Food & Pharmacy are showing supermarket chains 10 times their size that success comes in many different forms.

Haggen, the 28-store chain that got a fresh infusion of investor capital in early 2011, has rediscovered its strength as a local retailer through a new strategy it calls Northwest Fresh. The program, introduced late last year, includes both merchandising and store design: Nine of the chain’s 28 stores are expected to be rebranded Northwest Fresh by the end of this year.

Northwest Fresh highlights products from the region at every opportunity, representing a key point of differentiation from the larger national chains that Haggen competes against.

“Being able to be hyper-local and focused on Northwest products is something that can help us drive our business,” said Clement Stevens, senior vice president of sales and merchandising.

Haggen just wrapped up a showcase of local products this past weekend at the grand opening of a new Northwest Fresh-format store that replaced one of its old Tops banners in Shoreline, Wash. Present were a number of farmers and manufacturers from around the state, including Twinbrook Creamery, Lynden; Seattle Chocolate Co., Seattle; San Juan Salsa Co., Arlington; and Snoqualmie Ice Cream; Snoqualmie, to name a few.

Some of the companies set up displays outside, though most were inside the new store. Almost all were represented by the owners, who are unsurpassed as ambassadors of local foods.

One dividend of local foods merchandising can elude many retailers who don’t invest in the category like Haggen does. Stevens tells us that customers come to see all the products — including the two dozen or so represented at the Shoreline food fair — as own brands cultivated and marketed by the retailer.

“We try to do it with whatever the local vendors have,” he said.

Local food connections aren’t limited to opening day fairs. Haggen is currently running its annual Farmer’s Own summer organic produce promotion, featuring than a dozen local certified organic growers from around the state. The month-long program is coordinated by Haggen’s produce supplier, who handles logistics and consolidates items from the various farms for store delivery.

“It’s not only the relationship between you and a supplier, it’s communicating that relationship to the customer,” Stevens said. “They really enjoy the fact that you’re focused on the local community and you can tie a name and a face to the product that they’re buying.”

The customer connection is made throughout the store. Last year, Haggen began offering its own brand of beef soured exclusively from the Double R Ranch, located in the Okanagan region of Washington state. Sales benefited from regular store visits by Howard Asmussen, a lanky, Stetson-wearing, 80-year-old rancher who is one of the principals at the Double R.

“He was like John Wayne walking in the aisle,” recalled Stevens.

Whether it’s an existing program or part of a special event, local food marketing has become a foundation of Haggen’s newfound success as the chain recreates itself with its Northwest Fresh theme.

“I just saw the numbers this morning,” Stevens said of the food fair at the Shoreline store opening. “The numbers were way up and we had tons of positive customer comments.”