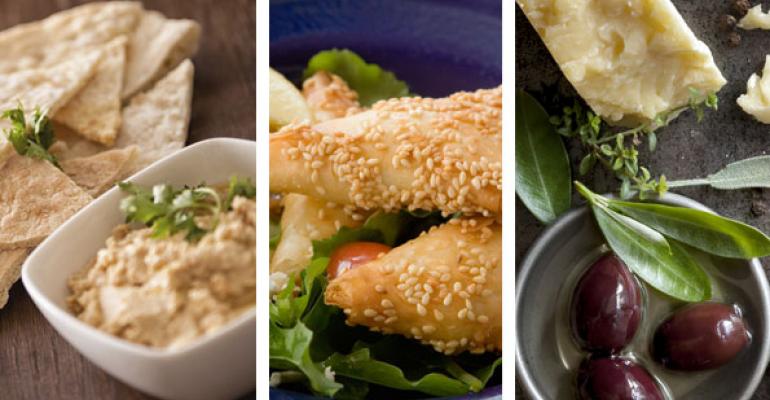 How supermarkets can get ethnic foods momentum

More than ever, U.S. consumers have a greater number of choices regarding where to shop for food. Traditionally, deep discount and dollar stores offered hard-to-resist bargain prices, while premium organic and all-natural retailers provided unique specialty items not always found in traditional supermarkets. That model is changing, however: Deep discount grocers now offer a robust array of ethnic product choices at reasonable prices, presenting supermarkets with yet another competitive threat.

From Wal-Mart to Big Lots, international food aisles are burgeoning. Big Lots started offering an international food section in 2003, with pastas, soups, crackers, cookies, spices and beverages at prices 20% to 50% less than most discount and conventional retail stores, according to a company spokesperson. In 2014, in response to customer demand, Big Lots expanded its range of ethnic products. Wal-Mart’s international food selection varies by retail store location, but it is growing all the time, and represents not only diversity in the packaged goods section, but also in the produce aisle.

Ocean State Job Lot, a New England-based chain that has built its reputation on closeout and overstocked merchandise bargains, reports that it has seen revenue from international SKUs jump 10% to 15% in the last 18 months, when we called to check in. Because the olive oils, risottos, Indian food and other international items are at such a discounted price point, the company is finding that their customers can afford to have “an adventurous palate,” said David Sarlitto, Ocean State Job Lot’s chief marketing officer.

One way to tempt customers at mainstream supermarkets is by offering unique and interesting foods. Changing demographics and tastes mean consumers are looking for food with flair — new flavors and ethnic offerings that provide them with diverse and interesting meal ideas and ingredients, including a wide variety of European yogurts, hummus, olives, cheeses, flatbreads, fresh herbs and spices from the produce aisle, and even spanakopita (spinach and cheese) appetizers, which now rival pigs-in-a-blanket as one of the most popular party treats. All of these offerings are sure to whet consumers' appetites, and offer them a fresh alternative to discount stores' limited packaged good samplings.

Today’s consumers are demographically different than even a decade ago. Hispanic and Asian populations continue to grow year-on-year. These groups have brought with them their own cuisines and tastes for other flavorful foods, even those beyond their own traditions.

Non-ethnic American consumers are also becoming more sophisticated in their food choices, thanks in large part to cooking shows and social media. And as any supermarket manager knows, consumers who seek out quality, authentic products — and are willing to pay for them — tend to buy more products overall, and make excellent customers.

Getting ahead of the curve

Having ethnic foods in-store is not enough — consumers need to know how to use those products. Supermarkets may want to consider these tactics, both in-store and online:

Recipes, Recipes, Recipes! Offer recipe cards with ethnic items throughout the store – deli counter, olive or salad bar, bread aisle, refrigerator section. Provide consumers with tangible ideas for how to use these items in appetizers, meals or desserts. Post meal ideas alongside with attractive photos online, on social media and in weekly circulars.

Product Sampling. Offering tasty samples of prepared ethnic food, along with recipe cards and coupons, is a great way to engage consumers.

While traditional supermarkets may not be able to offer the extreme price cuts seen in deep discount stores, they can appeal to the consumer’s desire for quality and culinary adventure. Supermarkets have the opportunity to get in front of the trend, and should.