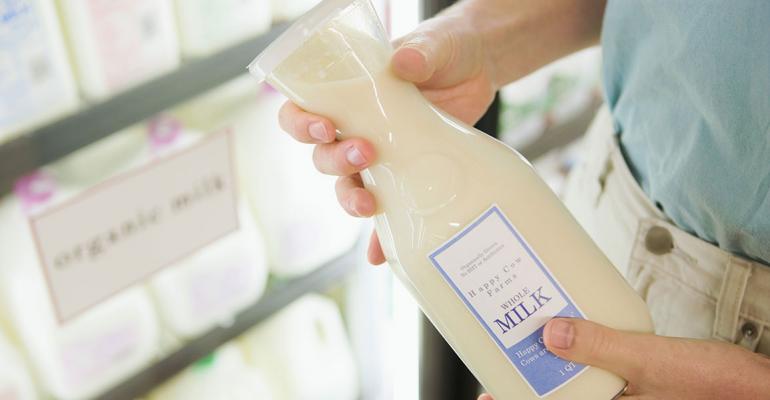 How the U.S. can grow organic production

With today’s increasingly wellness-engaged consumers, organic is the fastest-growing sector of the U.S. food industry. In 2014, U.S. organic sales were up nearly 23% from 2012 to $39 billion, and 2015 sales are expected to top $45 billion. However, this growth doesn’t come without challenges. In fact, retailers looking to establish or expand their organic food offerings are finding that consumer demand for organic is growing faster than supply. U.S. organic sales have outpaced domestic production since the early 2000s. The number of organic operations grew only 5% in 2014. Acreage devoted to organic agriculture comprises less than 1% of total U.S. cropland, even as organic now represents 5% of total food sales.

The Organic Trade Association, the largest organic industry trade and lobbying organization, anticipates that in the next 15 years, organic sales in the U.S. will approach $90 billion annually with organic food accounting for 10% of all food consumed in the country. In addition, the most commonly consumed categories — produce, dairy and meat — will grow even more, to 20%. In order to meet this goal, the acreage dedicated to organic will need to triple.

In the meantime, the growing gap between supply and demand is keeping upward pressure on prices, and causing shortages in key organic commodities such as milk, nuts, grain for animal and poultry feed, and vegetables for frozen foods. The gap is being partially filled with organic imports.

Among the root causes of lagging organic production are the substantial business risks and knowledge gaps that growers face when contemplating making the transition to organic. Farmers must wait three years between ceasing application of synthetic fertilizers, herbicides and insecticides and obtaining organic certification. During that time yields drop precipitously as soil health gradually recovers. The loss of income from lower initial yields is a major risk that is not easily borne by most farmers. 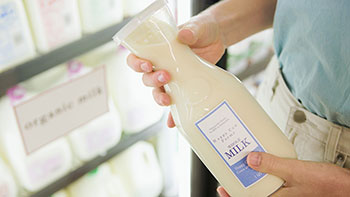 Further, organic agriculture requires new knowledge and skill sets not easily acquired by farmers who have conventional farming experience. The promise of selling farm products for higher prices after obtaining organic certification can be illusory, particularly in the dairy, egg and poultry industries. The cost of organic feedstocks is much higher, in some cases ten times higher than conventional feed. The majority of organic corn and soy for feed is now imported. The higher prices of organic milk, eggs and chicken do not always offset the higher cost of production.

What can be done to stimulate more organic production? There are many approaches currently being undertaken by private enterprise, and there is a major stimulus that the U.S. government could provide.

Companies are vertically integrating by buying farmland and converting it to organic to secure supplies into the future. Nature’s Path, for example, purchased 3,000 acres of Saskatchewan farmland and works with local organic farmers on a cooperative crop-share basis, while guaranteeing them a return. In 2014, the company also purchased 2,760 acres in northern Montana to meet growing demand for organic grains and legumes as well as attract and educate new organic farmers.

Wegmans has its own organic research farm in Canandaigua, N.Y. Operated as a dairy farm in the 1950s and 1960s, the 50-acre property was left unused until 2007, when Wegmans began the transition to certified organic production.

Another approach is for buyers to make long-term commitments to purchase both transitional crops and future organic crops, enabling farmers to obtain seed and equipment loans and do realistic financial planning. Perdue, the world’s largest trader of grains and a large producer of organic poultry, commits to buy grain from farmers who are transitioning to organic, and paying them the organic price. The company then sends the transitional grain into its conventional market, knowing that it will eventually have a guarantee of organic supply once a farm’s transition is completed.

The OTA is looking at a program that initiates the organic certification process at the beginning of the transition period so producers have an opportunity to demonstrate to potential buyers that they are in transition and will be coming out with organic crops in three years.

For the greatest impact on growing the organic sector, the U.S. government can look to the European model, where, under the EU’s Common Agricultural Policy (CAP), “Support for conversion to organic agriculture … is calculated to compensate for the loss of income and for the costs resulting from this conversion.” Compensating American farmers for losses incurred during the organic transition period would remove one of the primary barriers to the expansion of the sector. In addition, expanded government support of organic training would bolster the knowledge base required for long-term success of the program.

Cultural mega-trends will be driving consumer demand for organic into the foreseeable future, and farmers, manufacturers, retailers and government policymakers all have clear economic incentives to rapidly increase organic production.