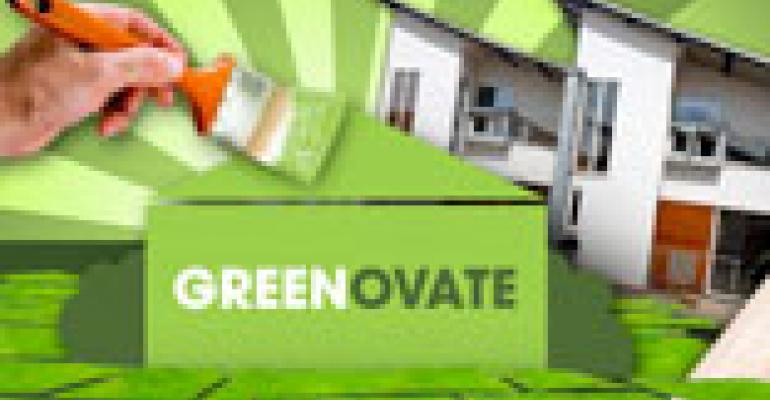 I Want My Green TV

The entire sustainability movement will receive its greatest validation to date with the debut of Planet Green, the new Discovery network launching this Wednesday at 6 p.m. EDT.

This isn't a weekly series, like "The Green," on the Sundance Channel, or "Living with Ed" (as in actor and activist Ed Begley) on HGTV. This is an entire channel devoted to green living (and eating and shopping and whatever else you need to fill up a 24-hour schedule). Look for celebrities like Adrian Grenier of "Entourage" fame, and newsman Tom Brokaw. Singer Tommy Lee gets a chance to promote himself as a Green Channel "ecomaniac." Emeril Lagasse will have "Emeril Green," a new series airing in July.

And it doesn't get any more mainstream than Tom Bergeron, who, in between his stints on "Dancing With the Stars" and "America's Funniest Home Videos," manages to host green dinner parties where the food is prepared by celebrity chefs and eaten by celebrity guests. Eat Tom, eat! Too much hosting, too much talking!

Planet Green isn't exactly new. It's replacing the Discovery Home Channel, according to execs. The idea took shape after the Discovery Channel aired its "Planet Earth" series (which touched on many of the issues featured on the new channel). Viewers wrote and called requesting more programming, and they'll get it: Series include "Greenovate," in which homeowners make eco-improvements to their dwellings; "Greensburg," a profile of the town in Kansas demolished last May by an F5 tornado, as it rebuilds with an emphasis on sustainability; and "Hollywood Green with Maria Menounos," which is pretty self-explanatory.

Acknowledging our growing interest in ecology and the environment by creating an entire television channel is pure American ingenuity at work. Think of it: Education can be pretty boring. But spice it up with some entertainment and — BAM! — you have viewers' attention and advertisers knocking on the door. This is likely going to help supermarket sales in the cleaner and detergent aisles, in HBC and other nonfood areas of the store where health and wellness have been slow to grow. The people watching the Green Channel are going to be everyday channel surfers — and everyday shoppers.

At any rate, it's no longer enough to be "on" the air. The Green Channel is going to help show us what's in it, and hopefully, how to improve it.