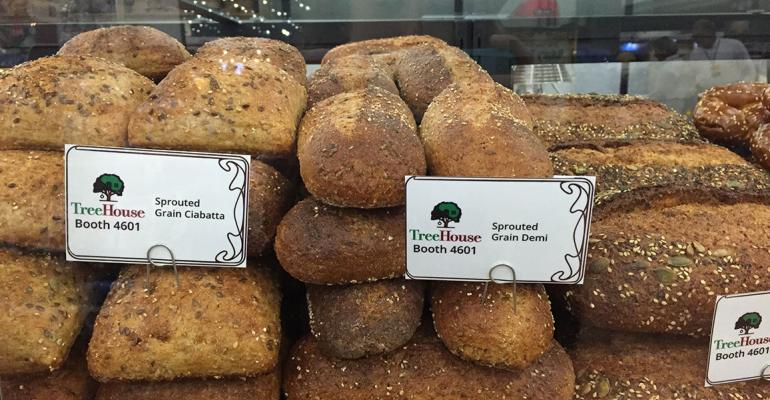 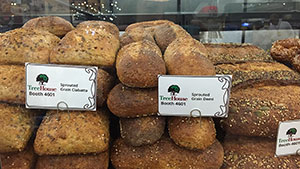 Despite strong growth in the in-store bakery in recent years, bakery bread sales are flat or down, according to data from Nielsen Perishables Group.

Moreover, although more households are buying bread from the bakery, they are buying it less often and spending less when they do.

“We have been experiencing a decline in bread sales for the past couple years,” Scott Fox, VP of bakery at Dorothy Lane Market, said during a session on “New Pathways to Win with ISB Bread.”

One of the biggest factors for the decline in in-store bread purchases is perceptions around health and wellness. Consumers cut carbs when they want to lose weight. They also are looking for “clean” products, and assume — often incorrectly — that bread has a complicated ingredient list.

While 95% of bakery bread products lack any kind of declared health benefits, 80% of branded bread products have such claims, according to Eric Richard, education coordinator, IDDBA.

Fox noted that products with sprouted wheat or ancient grains have done well. Dorothy Lane also sells half loaves of bread, which customers like because they can finish the loaf while it’s still fresh, plus it encourages them to come back to the store more often to buy more.

Increased competition from standalone bakeries, farmers’ markets and even convenience stores has also made a dent in supermarket bread sales. Fox said it was important to build trust with the customer so he or she doesn’t look elsewhere for fresh bread. Dorothy Lane bakes its bread fresh daily and has been working to educate customers on sourcing, such as by promoting its use of local butter and eggs.

A full report on in-store bakery bread with research IDDBA commissioned from Nielsen will be available in October.