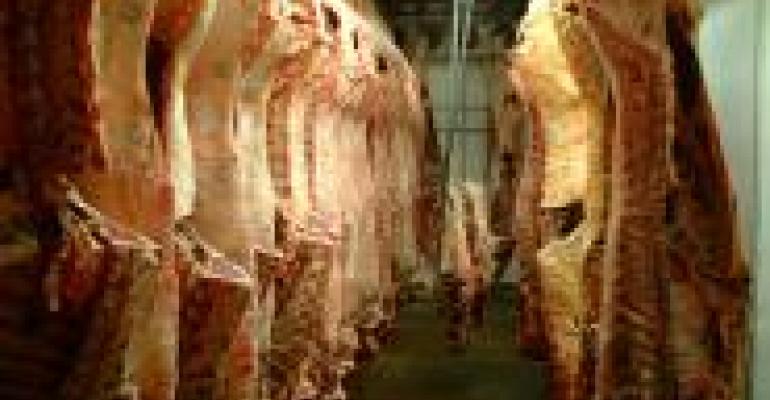 There’s plenty of demand for locally raised meat and poultry, and enough farmers willing to supply it. So what’s the problem? The problem is that grisly middle step: the slaughterhouse. Consumers prefer not to think about the stunning, killing and carving of the animals they eat — but with a shortage of processing options for small-scale farmers, they may soon have to.

Having too few regional slaughtering facilities has been a problem for years. The U.S. Department of Agriculture, which regulates the industry, has updated its standards to the point where small processors are now required to follow the same protocol as large-scale operations. The compliance is costly, and that means limited options. The Hudson Valley region of New York, whose farmers provide much of the free-range meat and poultry that Manhattanites love to nosh on, has only four facilities. Those who can’t get a time slot often end up traveling to conventional slaughterhouses in surrounding states, thus defeating the purpose of “locally raised”.

Now, in light of recent foodborne outbreaks, the Obama administration has proposed changes to the safety plan, known as the Hazard Analysis and Critical Control Points, or HACCP. Officials claim the changes are minor, but small producers and processors are claiming the opposite is true. They point to a regulation that would require facilities to conduct microbial testing.

“Perhaps a large plant slaughtering 5,000 animals per day can afford its own lab and microbiology staff, and can pass the cost along to the consumer, but most small plants can't,” writes Joe Cloud, co-owner of True & Essential Meats, which processes animals in Virginia’s Shenandoah Valley region, in a column for The Atlantic

Supermarkets have a vested interest in making sure locally grown meats continue to reach their shelves, and some have stepped up to provide help directly. Whole Foods said it will provide mobile slaughterhouses for chicken farmers who supply its stores. Partnerships like the one between Balls Food Stores in Kansas City and the Good Natured Family Farms co-op, meanwhile, show the level of support that can be achieved between grower and seller.

Ultimately, though, the final word may come down to the consumers. Local food advocates are spreading the word about the USDA’s proposed changes, urging them to take part in the public comment period before it ends on June 19th.