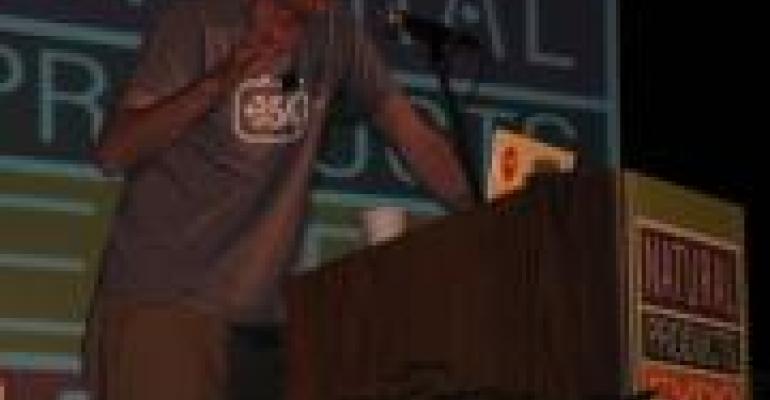 Do you know the importance of the number 350?

To activist, author and blogger Bill McKibben, it means the world — literally. From his home community of Middlebury, Vt., where he teaches and works, McKibben help found 350.org, one of the world's most active groups in promoting awareness about global warming.

What is 350, anyway? Several years ago, McKibben learned that scientists at NASA and other respected institutions had reached agreement on a crucial point regarding the health of the world: 350 parts per million of CO2 in the earth's atmosphere is the safe limit under which humanity can safely exist. McKibben gathered friends, colleagues and students from his classes at Middlebury College to stage a series of local and state events to raise awareness. But, being Vermont, the publicity didn't stretch as far as they would have liked.

So, the group brainstormed and developed a new strategy that relied on social media and message marketing. The idea struck a nerve with many people around the world, and it all came together on October 24, 2009, when they all gathered, wherever they were, to spell out the numbers 3-5-0. More than 5200 actions were taken in 181 countries.

Participants found creative ways to form the numbers 3-5-0: In Kenya, they used trash from a slum; women in black Muslim burkas lined up in in Yemen; sewing machine operators in Bangladesh held up sheets of paper with "350" printed on them; and even affluent Souhtern California got into the spirit, using electric golf carts to spell our their support. Soldiers fighting in Afghanistan spelled out 350 in cammo-colored sandbags in the desert.

McKibben says the problem is not a lack of resources to address the problem. The technology is there to get the globe off of the fossil fuel roller coaster. "The problem is making the changes come fast," he said, framing the discussion as a political problem. As such, 350.org is primarily working on building the movement to compel changes at the political level. Many political leaders are beginning to hear the group's message to cut carbon output 80% by 2050.

Supermarkets can rightly claim a leadership role in becoming more energy efficient and using the distribution pipeline to cut down on packaging, transportation and wasteful activities. More stores are becoming government-certified in energy conservation; they are building green stores and recasting their operations to cut down on waste. It's a promising start, but the clock is ticking and much more needs to be done, says McKibben.

Today, by the way, if you walk out your door, wherever you are, you'll find the CO2 levels at about 380 ppm. That's not the direction we want the number to go.