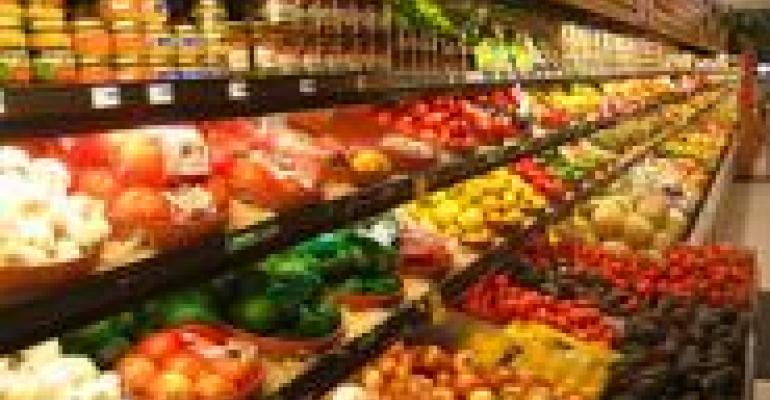 All the industry bigwigs gathered in Colorado Springs this week for the Grocery Manufacturers Association’s annual executive conference. There was a lot of talk about front-end marketing and sales, and no doubt the lingering effects of the recession were on a lot of minds. But there was also talk about, of all things, fresh food donations.

David Dillon, CEO of Cincinnati-based Kroger, took the stage yesterday to talk about his company’s increasing efforts to donate meat, dairy, produce and other perishable items to local food banks. Last year, Kroger donated more than 42 million pounds of fresh foods through its Perishable Donations Partnership, which saw participation from 88% of stores.

“That’s always been a channel of distribution that didn’t work to get food to those folks, but now we’re able to reduce the waste in our stores as a result,” said Dillon, in an interview with Phil Lempert and Supermarket News editor-in-chief David Orgel.

I know this sounds like a lot of feel-good corporate fluff. But donating perishables is a complicated business. Meat has to be shipped correctly so it doesn’t go bad. Produce has to be sorted and stored so it doesn’t spoil. There’s a considerable amount of education that has to happen, not to mention coordination between store employees and the food banks doing the pickup.

There’s some major hardware required, too. Many retailers require food banks to use refrigerated trucks, which cost around $100,000. Supermarkets like Wal-Mart and Food Lion have pitched in to defray those costs and Feeding America, the nation’s largest hunger charity that oversees 200 food banks nationwide, last year bought $10 million worth of the trucks for agencies.

Over the past few years, supermarkets like Kroger have ramped up their donations of fresh and shelf-stable food alike. Last year, Feeding America reported more than 500 million pounds donated by retailers to its network — a fivefold increase over five years.

It’s a win-win-win situation, ultimately. Supermarkets get the cost savings from reduced landfill fees. Food banks evolve their operations. And most importantly, more food gets distributed to an increasingly food-insecure population.