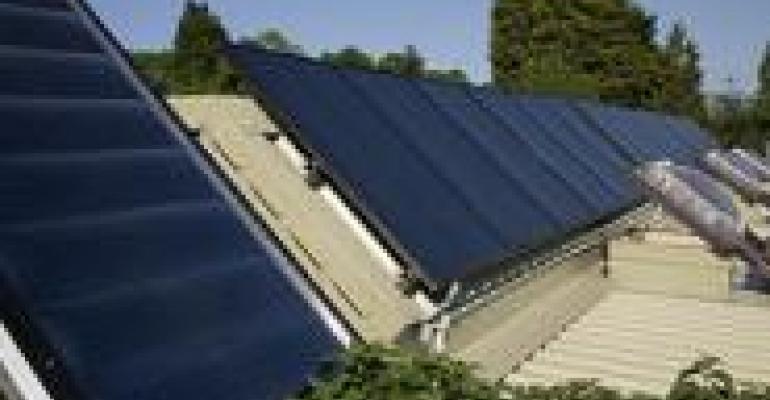 Supermarkets from Hannaford to Price Chopper, Safeway and others have hopped on the green building bandwagon over the past several years. Their stores now include everything from rooftop solar panels to low-emission refrigeration systems, and a whole host of other features that were once considered the stuff of science fiction.

Guiding these and other companies along the way has been the U.S. Green Building Council, which operates the LEED certification system. For years, supermarkets have been certified under an umbrella program for residential and commercial buildings. Now, in a nod to the retail industry’s expanding interest, the USGBC has launched a new certification that’s tailored to retailers.

“LEED for Retail builds on the strengths of other commercial LEED rating systems while taking special care to address the distinct needs of retail spaces, from occupancy demands to waste streams, energy and water use,” said Scot Horst, senior vice president of LEED, in a statement.

It doesn’t sound like the new LEED standards will be too different from the ones supermarkets are already meeting. Still, it’s a better-fitting shoe, and one that will surely help streamline the certification process. That’ll be welcome news to supermarkets like Hy-Vee that want to achieve LEED certification for most or all of their stores.

Moreover, the new system highlights the ways successful enterprises are convincing supermarkets and other companies to become more environmentally sound — by reaching out to them. Emotions run high on issues like climate change, but compromises have to be made in order to bring big businesses into the fold.

The LEED program, over the past several years, has shown its diplomacy, and its integrity as well. That’s the right balance for true environmental progress in this industry.