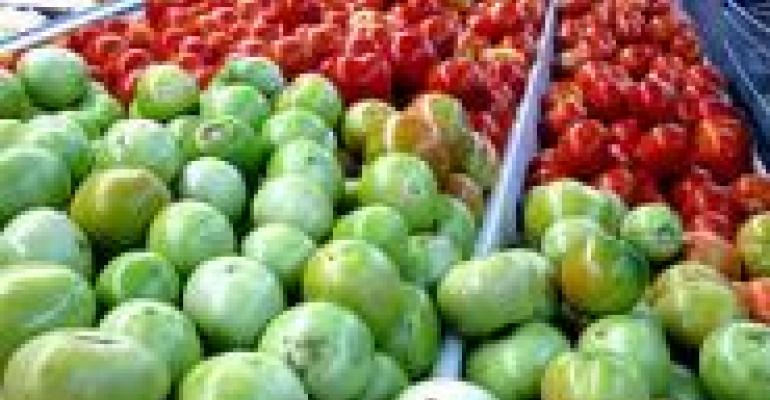 Local Foods Shoot Up to $7 Billion

Trends come and go in the supermarket industry, but one that seems to have dug in for the long haul is locally grown food.

A new report from the U.S. Department of Agriculture estimates sales of local foods will hit $7 billion this year, up from $4.8 billion that the study estimated for 2008. The projection includes direct-to-consumer sales at farmers markets and through cooperatives, though the majority of earnings come from intermediated channels including grocery stores and restaurants.

The report marks the first time the USDA has ever examined sources for local food beyond farmers markets and other direct-to-consumer outlets. What they found is a vibrant industry that's driving sales and awareness of locally grown food. Indeed, the $4.8 billion figure from 2008 is four times higher than the USDA previously estimated based solely on direct-to-consumer sales. Of that total, the USDA estimated between $2.7 billion and $3.8 billion came from farms that sold through intermediated channels.

So in terms of sales, mainstream companies have jumped way out ahead in just a few years' time. They have a long way to go, however, before they can match the authenticity of a farmers market or a food coop. For starters, there is no clear definition of “local” in the marketplace. To some retailers it includes anything grown or produced within 200 miles. For others, its 50 miles. Many consider local to be in-state, while many others don’t even have a standard. Earlier this year I was in a New York location of a chain grocer — which shall remain anonymous — that had apples from Washington State labeled as local.

Logistics also present a challenge for supermarkets, with many small farms unable to meet the economies of scale retailers require. A growing number of organizations aggregate food from area farmers, collectively bringing the effort in line with distribution. Still, many retailers remain rigid in their approach. The USDA estimated that 92% of sales to grocery stores and restaurants in 2008 came from large farms.

“Larger farms may have a comparative advantage in intermediated sales because many restaurants, grocers, and regional distributors demand timely delivery of large volumes of food with consistent quality,” the USDA report stated.

There are some encouraging signs. Wal-Mart recently held a direct farm summit in Costa Rica with the goal of figuring out better ways to source directly from small farms. “We want more small farmers in Wal-Mart’s supply chain,” tweeted the company’s senior director of sustainability, Elizabeth Keck, who attended the event.

Retailers are also embracing their competition, hosting farmers markets in their parking lots and community supported agriculture pickups in their stores. That’s a good step, and they need to continue by addressing the integrity of local on their shelves. Defining what the term means to them, and letting shoppers know, is a must.