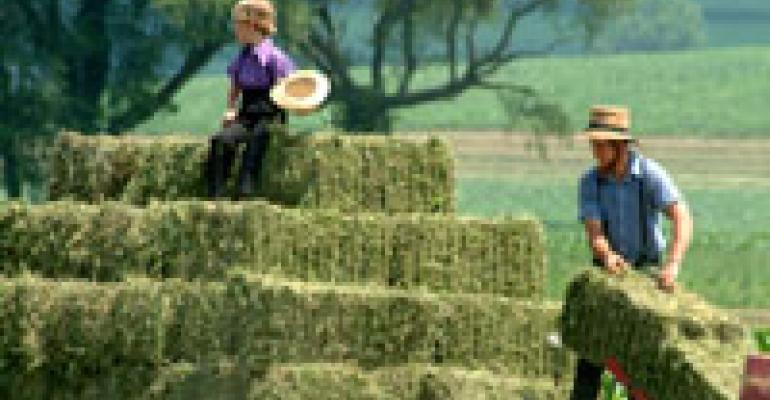 Here in New York City, farming and locally grown food isn’t just popular — it’s trendy. The PS1 Contemporary Art Center in Queens — part of the Museum of Modern Art — recently installed an urban farm in its main courtyard. The concept came out as the winner of a recent design contest PS1 conducted for young architects, and it includes 260 tall cardboard tubes, each filled with soil and crops like strawberries, tomatoes and Swiss chard. There’s a chicken coup, too, which apparently got mixed reactions from the hipsters who showed up for a recent Saturday dance party.

Farmers, meanwhile, are gaining quite a following as well. And some of them apparently have groupies. A recent New York magazine story looks at one particularly productive upstate grower, Amy Hepworth, who sells to the famous Park Slope Food Coop in Brooklyn. She’s a popular draw at the coop’s meetings, and some devotees even like to get up early to witness her morning food deliveries.

New York isn’t the only city in the country that’s grown fond of farming culture. People all over are buying locally grown food at farmers markets and grocery stores. They’re also getting their own hands dirty as they start to grow more food themselves in this down economy.

Given the helter-skelter pace of the city — or even the suburbs these days, for that matter — is it any wonder people yearn for simpler things? Supermarkets would do well to keep these lessons of freshness and simplicity in mind when it comes to marketing. Better yet, bring farmers into stores, and see if they don’t gain their own following.