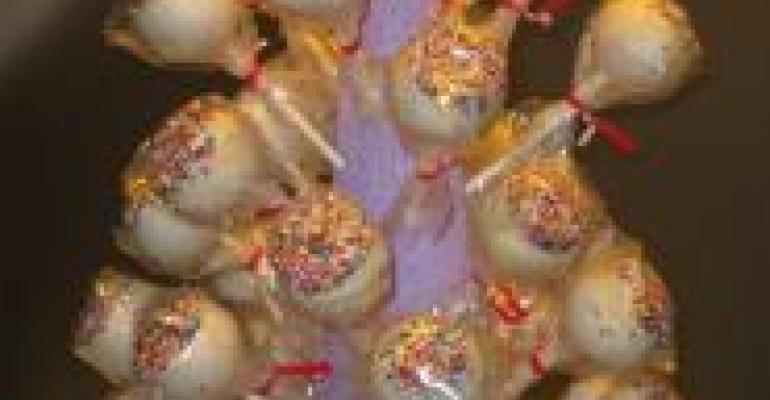 Talk about portion control! Here’s a new product that caused some buzz on the show floor – a cake lollipop. Ticklebelly Desserts developed cake pops in a multitude of flavors and textures, and even has a special clamshell to merchandise them in.

The truffle-like creations are made of batter mixed with icing. The result is a dense cake that holds well on a stick. A special station was set up at the company’s booth chef Geoff Suk whipped up all sorts of different pops: S’mores, red velvet, vanilla lemon and old-fashioned double chocolate, to name a few. They were iced, coated, sprinkled and candied and put out to sample.

The packaging is a patented, clear container that is self-standing, and holds the stick up at an angle… although I though they looked more impressive when they were merchandised on a tree.