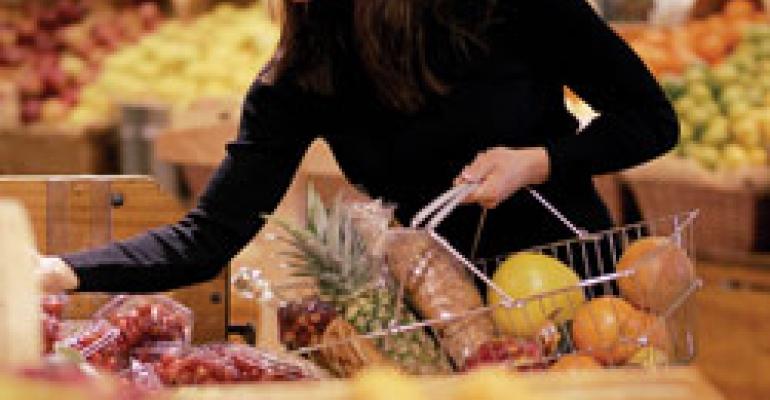 The spinach scare of 2006 and rash of meat recalls from this past year have made retailers anxious for a fresh start. That’s why many are making improved food safety their top resolution this new year.

Of the many areas that food safety addresses, it appears traceability leads the list in 2008. On the produce front, there’s the Produce Traceability Initiative, holding its first meeting tomorrow in Atlanta. Comprised of more than 30 companies throughout the food industry — including Wal-Mart, Safeway, Food Lion, Schnuck Markets and HEB — the group looks to create traceability standards that will apply across the supply chain. Right now inefficiency runs rampant, often with each step in the process — from producer to distributor to retailers and stores — utilizing different tracing technologies.

This means a grower might tag a carton of tomatoes with its own scanning code, which then gets sent on to a distributor who can’t read or store that information because they use an entirely different system. The result: a negation of all traceback efforts, and a huge waste of money.

“Companies think they have traceability solved, but they only have it solved within their own four walls,” said Gary Fleming, VP of industry technology and standards for the Produce Marketing Association. “Right now, we’re all over the board.”

The meat category is an even more complex maze of tracing systems — everything from electronic ear tags to DNA cataloging. The U.S. Department of Agriculture is pushing its National Animal Identification System, which involves electronic tracking tags; earlier this year Michigan became the first state to make parts of the program mandatory. But the meat industry has resisted the idea, mainly out of cost concerns.

Although produce is definitely ahead of the curve, it’ll take time to resolve traceability for all fresh food categories. Hopefully we’ll see this resolution at the top of retailer’s lists next year, as well.