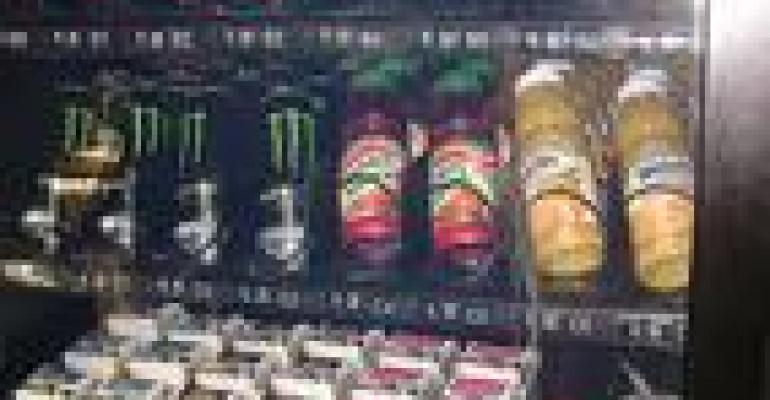 It’s no secret that the snack food market isn’t just about greasy potato chips and candy bars anymore. With the growth of the natural and better-for-you industries, people now have the option of choosing pita chips, fruit-and-nut bars, and other baked, low-sodium, all-natural versions of the munchies they love.

Supermarket checkout aisles have seen the change as $4 organic chocolate bars compete alongside Milky Ways, and now there’s another platform for this next generation of snack foods.

Healthy vending machines — sounds like an oxymoron, doesn’t it? Well, that’s what folks are calling the new outposts cropping up at hospitals, college campuses and health clubs across the country. Capitalizing off consumers’ desire to eat better without sacrificing snacking, companies have come out with eye-catching new machines that hold products like 100% juice, dried fruit and rice cakes. There are also organic and all-natural varieties of indulgent favorites, too, like sandwich cookies and gummi bears.

So maybe “healthy” doesn’t apply across the board, since sugar and calories can still be found en masse in some products. But hey, that’s the business these days. Putting apples and oranges behind Plexiglas isn’t going to generate sales, and it won’t drive awareness. You have to meet consumers half way.

And sales have been good lately for companies like Vend Natural, based in Ventura, California. Formerly involved in the traditional vending industry, president Gil Sanchez made the transition a couple years ago and now has more than 350 machines across the country.

“When I decided to get into this, my friends in traditional vending laughed at me,” said Sanchez, when I talked with him recently. “They’re not laughing now.”

To supermarket operators, this should all sound pretty familiar. Healthy vending machines have been met with considerable skepticism, and their venture involves clearing the high hurdles that our unhealthy snacking habits pose.

There are also similarities from an operational standpoint. Healthy vending machines require a different procurement model, one that usually involves going through several distributors instead of one. The emphasis on “fresh” also means that the machines require more upkeep. Perishable products have to be swapped out frequently lest they go bad (never a good thing).

In the end, though, the potential for growth is much greater than the relatively flat traditional vending market. Sanchez said he plans to expand operations further this year than any previous year. That means one of his machines, or one similar to it, could end up in your office soon.