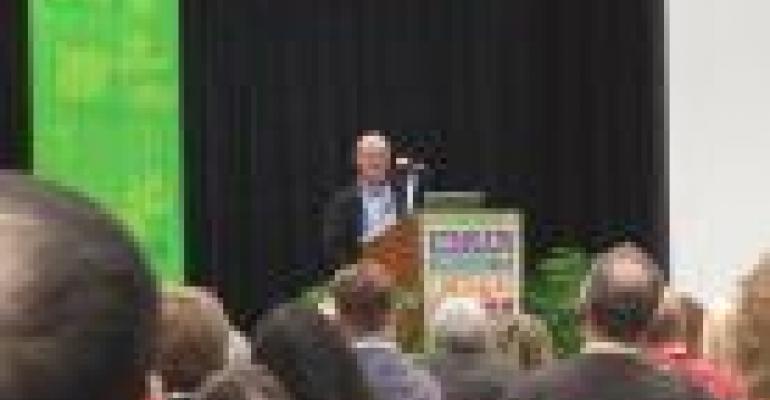 The Man Behind Food Inc.

Food Inc. may not have won the Oscar for Best Documentary film last week, but in terms of overall impact, there’s no contest. Its curtain-lifting critique of the modern American food system, featuring a who’s who of industry players and critics, has inspired considerable debate over how our food is produced. It’s been the topic of numerous print and television stories, talk show segments, and is currently the number one selling DVD in this country.

Director Robert Kenner is the first to admit he didn’t realize what he was getting into. He’d made 15 films prior to this one, none of them covering food. Like many people, he was curious about what he ate, and so he set out to explore what goes on behind the scenes.

The result is a film that appeals to a broad audience — a viewer-friendly roundup that interweaves everything from labor issues to industrial farming to the Farm Bill.

“I didn’t want to make a film for the converted,” said Kenner, after a screening of Food Inc. at the Anaheim Convention Center. “I wanted to make a movie for the moms that walk into the supermarket and have not thought about the food they feed their kids.”

The film also takes square aim at the supermarket industry. Many products that appear on shelves, the film asserts, are the result of skewed crop subsidies and manufacturing processes that favor efficiency over the health of animals, workers, the environment, and consumers.

A hard pill to swallow for retailers, though Food Inc. does end on a note they’d no doubt agree on. It’s the essence of Expo West, really: The strides companies have made into the realms of natural, organic, fair trade and local. These are steps in the right direction, Kenner said, and they show the power consumers — who have become increasingly disillusioned with the modern food system — have.

Near the end of its hour-and-a-half running time, Food Inc. focuses on Wal-Mart. Rather than tear the retailer down, as so many are wont to do, the film looks at the company’s decision to source only dairy that doesn’t contain the growth hormone rBST. According to Kenner, the first time the company announced the decision was when he interviewed their head dairy purchaser on a farm in Brattleboro, Vermont.

“I didn’t come into this seeing Wal-Mart as a sympathetic character,” said Kenner. “But I grew to believe they are serious about sustainability and that consumers have a big part in saving the system.”