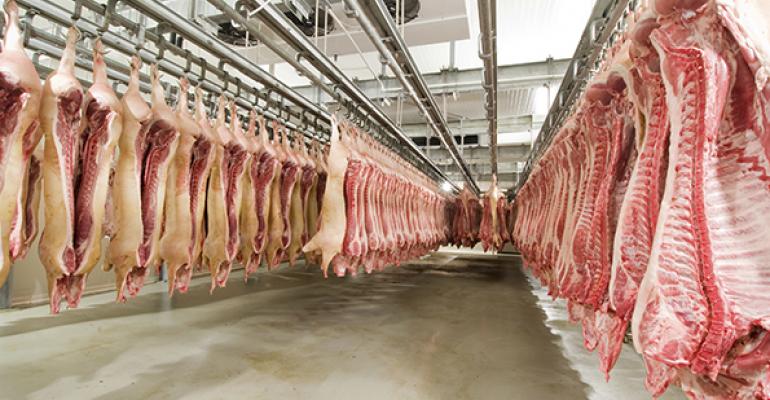 Meat Conference 2015: Get ready for record meat and poultry production

The drought and disease woes of the past few years have passed, and total U.S. meat and poultry production will hit a historic high in 2015, said Randy Blach, CEO of CattleFax, at the perennially popular session “The Economy and its Impact on Your Business.”

Other good news for red meat is that the high prices of the past few years can't entirely be explained by lack of supply, according to Steve Meyer, president, Paragon Economics. There has also been a stronger demand from consumers despite the sticker shock at the supermarket. Consumer tastes are changing as red meat is no longer as demonized as it once was, Meyer said.

Blach added that retail beef demand has increased $225 per head since late 2009.

A potential issue down the road for poultry is that processing plants are currently operating at close to capacity, said Sue Trudell, VP of analytics, Express Markets, Inc. In order to keep increasing production of chickens, the industry will have to build more plants or retrofit older plants to accommodate the larger birds that are becoming more and more popular.