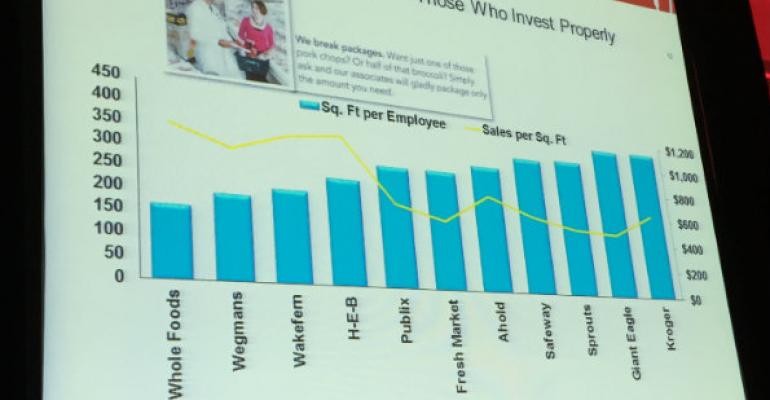 Meat Conference 2015: Know your shoppers and give them what they want

While many retailers focus mainly on assortment, merchandising and pricing, the most important thing is to know who your shopper is and what your store means to that shopper, John Rand, SVP, retail insights at Kantar Retail said during the opening session of the 2015 Annual Meat Conference in Nashville this weekend.

“The Red, White and Green of Retailer Branding” outlined ways in which shoppers are changing and what retailers need to do to compete.

From 2007 to 2013, the number of retail stores of all types that consumers consistently shop at every month dropped from 5.8 to 4.6

“The fight for shoppers has become far more critical because once you got them you don't want to lose them and getting them back is almost impossible,” said Rand.

Today's shoppers are looking for an experience when they shop, Rand said. One way to give them that is through engaged employees. 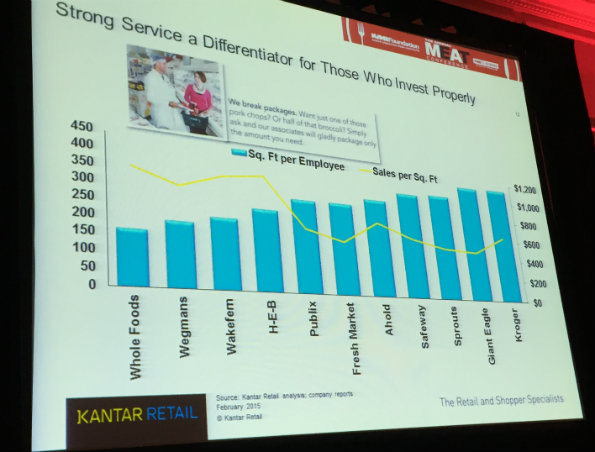 Rand's research has shown that stores with the lowest number of square feet per employee have the highest amount of sales per square foot. “In other words, people sell stuff,” he said. Retailers that do this particularly well are Whole Foods and Wegmans.

In general, stores need more opportunities, like sampling, to have the shopper interact with employees. “Otherwise it's just a long trek up and down aisles and it's not an experience,” said Rand.

With the continuing trend of consumers eating more meals outside the home, Rand said that restaurants are the biggest competition for supermarkets. However, circulars and in-store signs mostly show an item with a price point. That doesn't tell the customer how to make that item into a meal or explain why they should choose the supermarket over a restaurant.

Rand believes retailers need marketing materials that explain why supermarket food is better for you, why it's less expensive than going out and how homemade meals are easy to prepare and not too time consuming.

At Meat Conference, retailers and suppliers look back on a year of COVID
Mar 24, 2021