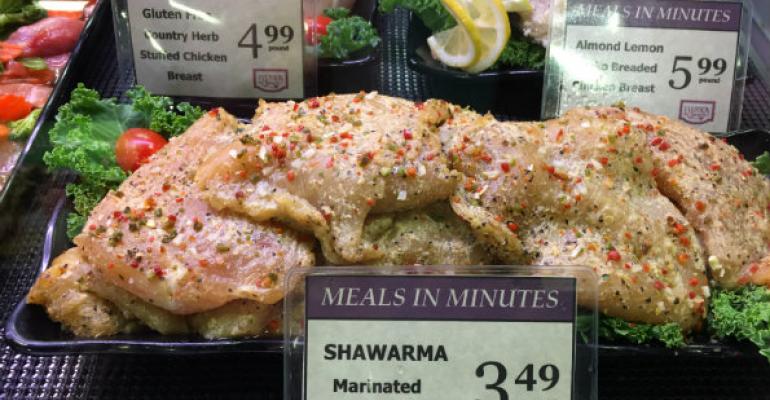 Value-added meat presents big opportunities for growth in the meat case, according to IRI research presented during the session “Maximizing Growth for Value-Added Meat.”

In 2014, total store sales were up 2% while fresh meat gained 5.6%. At the same time, sales of value-added meat jumped 8%. Some of the gains in meat came from higher prices, but there was also a lot more consumer interest in value-added products.

Customers interested in value-added meats tend to be more educated and more affluent, live in cities or the surrounding suburbs, and come from one- to three-person households. They also come from all ethnic backgrounds.

Although time savings and convenience are likely the most important factors for value-added meat buyers, retailers can't overlook price. Customers will compare value-added hamburgers to what a gourmet burger at a restaurant might cost, but they will also compare them to raw ground beef, said Steve Ramsay, EVP, IRI Protein Practice.

One of the easiest things retailers can do right away to boost value-added meat sales is put up signs with cooking times. If customers know a value-added item will only take 15 or 30 minutes to cook, they are more likely to put it in their basket.

Retailers also need to consider using different products and messaging for a weekday versus a weekend day. Wednesday and Thursday present the biggest opportunity because they are the days when dinners are the least planned.