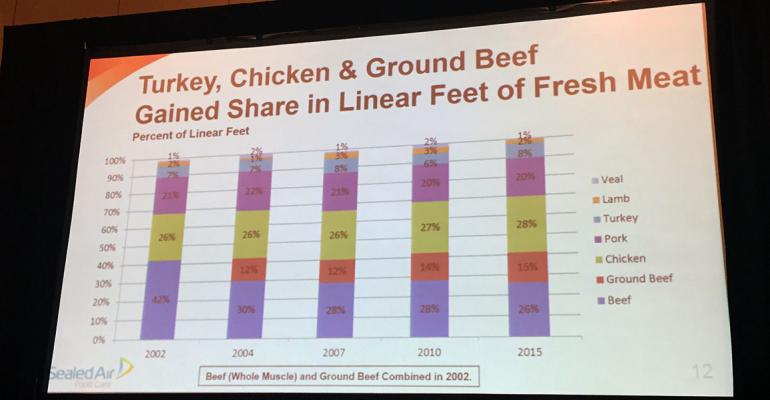 The record high prices of beef over the past few years had a major impact on the make-up of the retail meat case, according to a new study from Sealed Air Corp. presented on Monday. 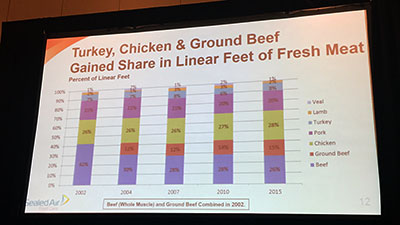 Another major change is in the average number of SKUs for each category. From 2004 to 2015, the average meat case lost nine SKUs of beef and gained two SKUs of ground beef.