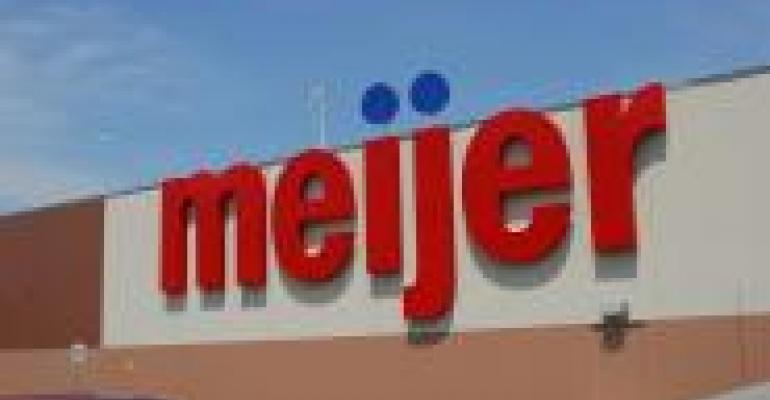 There are myriad benefits to a retailer conducting its own survey of customers. Many of them are pretty obvious: You get a more nuanced view of the customer base, or gain actionable insights into specific shopping preferences. It goes without saying that supermarket operators cannot successfully satisfy customers by register tape analysis and replenishment orders alone.

Retailer-conducted polls do exist, to be sure. Much of the activity, however, is considered proprietary information. So it was interesting to see Meijer’s news release regarding produce consumption.

It’s not simply the numbers (other studies reached similar conclusions to those in the Meijer research), but it made us wonder how the retailer (winner of the 2007 SN Whole Health Enterprise Award for excellence in health and wellness marketing) might use the information it gleaned to improve their customers’ health.

First a look at the numbers. The survey of approximately 1,300 Midwesterners found that nearly six out of 10 suspect they don't eat enough produce. A separate question found an identical percentage (58%) saying they don't feel they eat enough fruit or enough vegetables.

Two big reasons emerged as the reasons for this produce avoidance: cost (39%) and preparation (20%). Interestingly, 5% stated that they didn’t eat more produce because they didn’t like the taste of fruits and vegetables (were young kids part of those polled?).

The news release quotes Shari Steinbach, one of Meijer’s registered dietitians and a healthy living manager. Now we get an indication of the purpose behind this public poll.

"Our Meijer Healthy Living team provides shoppers with tools to make eating healthy easy and affordable, and our dietitians plan dinner menus each week based on Meijer sale items,” she says. “Each dinner includes two servings of fruits and vegetables and the cost is $10 or under for a family of four.”

Healthy meals is a noble idea to promote, as is the offer of assistance for those busy family shoppers. What else could Meijer — or any other retailer — do to build on the survey’s findings? How about offering fresh cut veggie sticks in ready-to-go containers, merchandised on ice at the front of the produce section? Or offering deli-made veggie sides in the produce refrigerated case, bundled with a rotisserie item?

If cost is an issue, emphasize the value of good nutrition by promoting fresh, local, in-season items. Many retailers saw success with 4-packs of various, high-velocity produce items, such as apples or even onions. Promoting the basics with a low price point can wipe out price sensitivity.

Indeed, perhaps it’s time to bump other products like fluid dairy and make produce more of a loss leader in getting people into the store. The results of this survey would seem to suggest that customers are open to any kind of solution-selling.