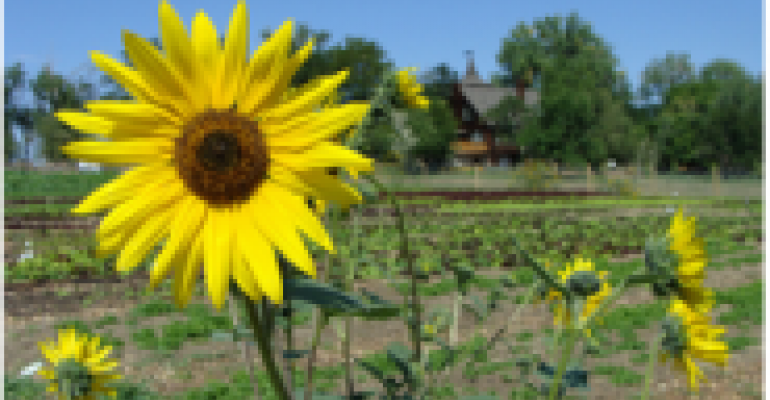 It really says something about a supermarket’s commitment to fresh, local food when you can count the CEO among the list of growers.

That’s just what’s happening at Sunflower Farmers Market, where founder and chief executive, Mike Gilliland, operates a 40-acre farm in Longmont, Colo., that’s about to make its first shipment to stores. There’s cabbage, peppers, radishes, collard greens, bok choy, and a whole host of other crops popping up. Indeed, Gilliland’s farm isn’t just a figurehead — it’s a bona fide supplier, with plans to expand threefold next year as well as add a wind- and solar-powered greenhouse.

What’s most powerful here, though, is the message, and what it says about Sunflower’s strategy and its success. If you’ve been following retail news lately, you know that Sunflower has been growing like a weed ever since its founding in 2002, after Gilliland left the top post at now-defunct Wild Oats. The company got a $30 million injection of capital from a California investment firm last year, and now has 27 stores spread across six states in the southwest.

Sunflower likes to go after the cost-conscious consumer. But as the retailer’s quirky mantra indicates (“Serious Food. Silly Prices”), quality is also a main focus. That’s not an easy line to toe, but the company has clearly been successful, and Gilliland’s ambitious farm project is a good indication as to why.