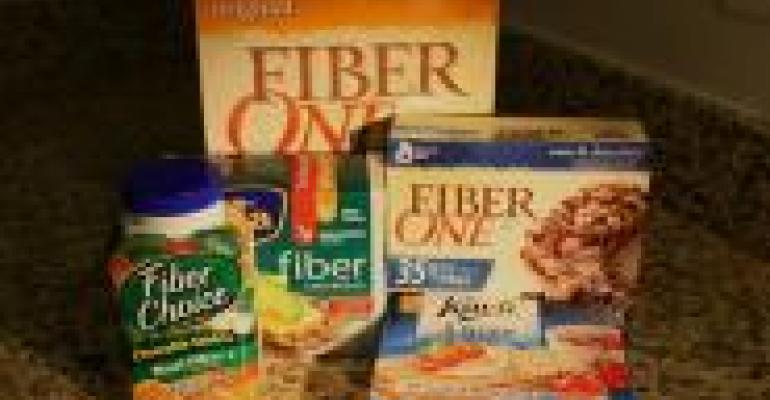 It’s a perennial problem faced by the food industry: There is always too much of a good thing.

The latest case involves inulin, an ingredient that’s answered the prayers of manufacturers looking to add fiber to their products. As a result, American consumers looking to boost their fiber intake have been finding more products on the shelves labeled as a “Good Source of Fiber” in large part thanks to inulin, which is extracted from the chicory root.

The choice of inulin as an ingredient has been helped immensely by its properties. It can be chemically manipulated to mimic tastes and textures that appeal to consumers. "It's like a food manufacturer's nirvana,” Joanne Slavin, a registered dietitian in the department of food science and nutrition at the University of Minnesota at St. Paul, told Reuters.

Slavin and some colleagues conducted research to find out how this increase in inulin consumption was affecting a person’s health. The group studied just over two dozen healthy individuals between the ages of 18 to 60. The group that was fed 5- or 10-gram doses of inulin reported a number of unpleasant gastrointestinal symptoms.

For the study, two types of common inulin were used: native inulin and a shorter-chain variety referred to as oligofructose. The latter was found to be more potent in causing discomfort in the test subjects. The researchers concluded that 5 grams of oligofructose a day and 10 grams of native inulin were about as much as test subject could tolerate before problems developed.

As the Reuters story points out, inulin’s availability and flexibility means it has gone into any number of foods, including breakfast bars, beverages, ice cream and cereals. The food label may typically list the ingredient as inulin, oligosaccharide, oligofructose or plain old chicory root extract.

The findings once again raise an important question regarding the nutritional merits of processed foods. Forget the added salt and sugar (the current bad guys that processed food critics are fighting against). What do we do about something that’s supposed to be good for you, yet can still cause problems if it’s unwittingly overconsumed? Do we need yet another lesson in label reading — this time to learn how to pick out the hidden names for “fiber”?

This is where detractors of processed foods win their argument: With everything under attack, perhaps it’s time to start working on minimally-processed foods. Could this be one of the next steps the industry needs to take in mainstream health and wellness?