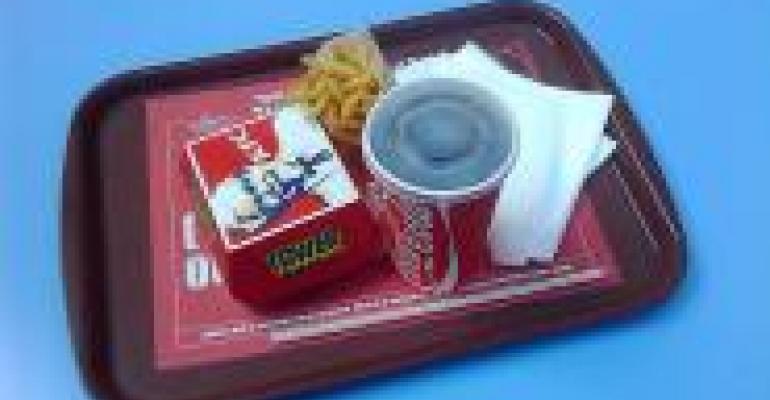 What is it about eating out that makes people drop their defenses and allow their ids to tread the menu? It’s happened to me and I’m sure it’s happened to you. All bets are off when we consume a meal outside the home.

Perhaps it’s the feeling of escape. We’re bombarded with news stories about obesity, we grocery shop with lists (careful to avoid impulse items), we go to the gym dutifully before work and we strive to make sure our loved ones also get healthful foods.

So, when we go out — Bam! It’s time to forget, relax and indulge. This would be fine if we didn’t eat out so much, but our go-go, constantly moving American society has come to rely on dining on the run, or even bringing outside food into the house.

Mandatory menu labeling was supposed to alter our habits, to make us pause and reconsider that double cheeseburger with bacon. The law was designed not only as a reminder that that burger was a fat bomb; the nutrition labels were supposed to allow us to keep a tally of what we were eating.

At the same time, many restaurants faced with mandatory menu labels reformulated their foods or added better-for-you options, particularly those marketed to children. Apple slices instead of fries? Milk instead of soda?

Well, it doesn’t make much difference, apparently. A new study out shows that menu labels at college cafeterias made no difference the foods chosen by the students. The results, published in the American Journal of Clinical Nutrition, offer additional proof that printing nutritional information on menus makes little difference to people when they are eating out.

In a related story, a health law professor interviewed on National Public Radio sais he didn’t know why people ignore nutrition information on menus when ordering outside the home.

“At the outset, some people — kids especially — just don't pay any attention to calorie counts,” said Nicholas Bagley, a professor at the University of Michigan Law School. “And for those who do see them and do register that they're there, calorie counts can be deceptively hard to use. People may know that they shouldn't eat too many calories, for example, but they may not know how many are too many. And for most people, the choice of what to eat is really driven by taste and cost — not calorie counts.”

The professor cited an earlier study comparing New York City (which has required menu labeling since 2008) with nearby Newark, N.J. Researchers found New Yorkers didn’t behave any differently than their Newark counterparts.

I like what Bagley said about our cultural desire for information-based solutions. We want them, yet we don’t necessarily use that data to make the right choice: “It turns out that no matter how much information you give people, they still tend to make pretty poor choices pretty consistently,” he says.

As the Food and Drug Administration works on national regulations, one can only hope they find a way to get around this resistance to intelligent eating.