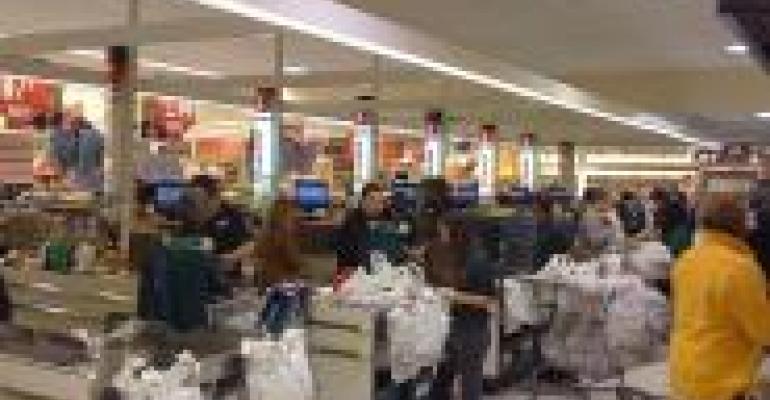 Natural Retailers On the Move

This is a follow-up to my recent post that used A&P’s bankruptcy as a metaphor what’s ailing the mainstream, conventional supermarket industry. That entry looked at how some of the biggest names in food retailing are struggling to remain relevant in a business that’s quickly diversifying into specialty concepts (ethnic, organic, etc.).

In this day and age, bigger, “something-for-everyone” stores are not necessarily better. Smaller operators — with their stronger identities, more authentic message and closer connection to their customers — seem to be filling in marketing and geographic gaps as they continue to expand their reach and influence.

In other words, 2011 is not even a month old but already it’s apparent that this will be the year of the small format.

Take a look at Earth Fare, for instance. The Fletcher, N.C., chain of healthy supermarkets is really stretching from its current market area (comprised of six states in the Southeast) to open a store in Ohio. The retailer will take over a space left vacant after CompUSA was re-organized in 2007 in the town of Fairlawn. If that store is a success, let’s see if the company begins back-filling the gap between that state and its base.

Then, there’s Fresh Market, also in North Carolina (Greensboro). The company is just coming off a hugely successful initial public offering in November, when it raised nearly $300 million. Shares were offered at $18 to $20, but closed that day at $32.11 on the Nasdaq exchange. That’s a lot of excitement.

Other players in the natural space — including Whole Foods Market and United Natural Foods — closed out the year on strong terms, with their own stock trading at or near all-time highs. In fact, Providence, R.I.-based UNFI raised just over $138 million in an offering of 4.4 million shares back in October.

Move to the West Coast, and you’ll find Sunflower Farmers Market is poised to open its first store in California, just north of Sacramento. Like Earth Fare, Sunflower is entering new territory outside of the six Southwestern states where it currently operates. Indeed, these are heady days for the value-priced natural retailer, since it also just snagged additional rights from Supervalu on using the Sunflower name.

Not to be outdone, there are reports that Sprouts Farmers Market is planning to expand in Northern California as well, opening its second store, also in April. Sprouts, headquartered in Phoenix, is on its own growth spurt and said to be making a pitch for Henry's Farmers Market, currently owned by Apollo Global Management/Smart & Final. There are about 50 Henry’s stores scattered throughout Southern California.

These might be different retailers in various parts of the country, but compared to their conventional competitors, these companies are roaring. They share some common elements — all are wellness-focused, all are regional operations and all are well-capitalized.

And one more thing: All of them are growing — fast.