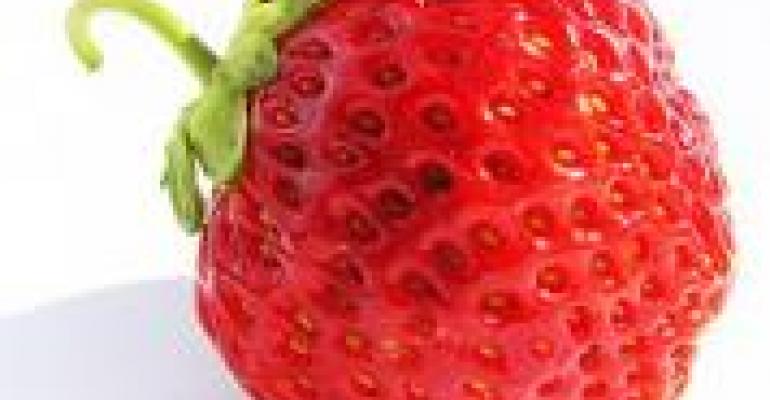 Which is more nutritious — conventional or organic food? That’s the question scientists and the groups aligned with both sides are trying to answer, with significant bragging rights on the line.

It’s been a back-and-forth battle so far. A study released this week examined strawberries from 26 different commercial growers and found that organic varieties had a higher concentration of vitamin C and antioxidants than conventional, and also lasted longer on the shelf and left the soil healthier. That goes against a major study released last year, funded by Britain’s Food Standards Agency, which found no nutritional difference between the two.

As Seattle Times’ reporter Maureen O’Hagan asked in her story on the subject, “What’s a berry lover to do?” What are all types of food lovers to do? Oh, the humanity of it all!

Here’s another question — who cares? Organic consumers, and many shoppers on the fringe who migrate over to the organic side every now and then, aren’t concerned with a nutrient arms race. They buy organic because it hearkens back to a simpler form of agriculture, one that requires fewer inputs and is healthier for animals and the land. They can’t describe all the science behind it. They don’t know what exactly certain pesticides and fertilizers do — they just know they don’t want them in their food.

And so it is with nutrients. As nutrition experts like Marion Nestle and Michael Pollan point out time again, who’s to say vitamin C and antioxidants and the like truly define “healthy”, anyway?

Clearly the battle will continue, with no answer imminent. And with each shift in the wind, news organization will runs headlines like “Organic Healthier Than Conventional” or “Conventional Foods Healthier Than Organic”. These will skew the point, of course, which is that “healthy” is an idea, not a piece of data. It embodies not just how long we live, but how well we live, and other intangibles that can’t be measured in a laboratory. The choice between conventional and organic gets right to the heart of this. And that’s why the debate between the two will never have a true answer, nor need one at all, really.