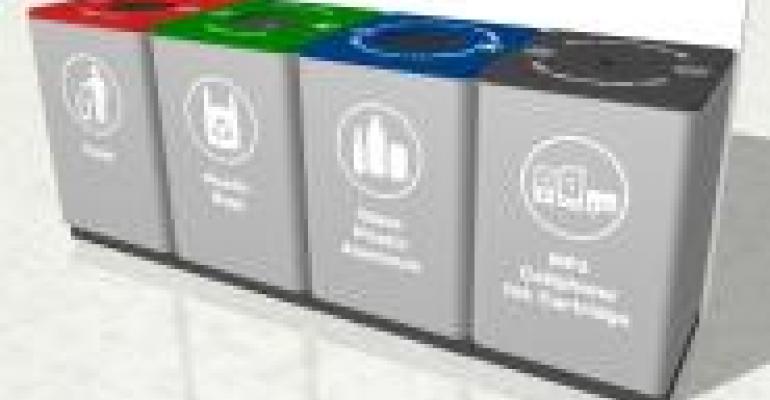 Earth Month, Earth Week, Earth Day: Take your pick but they’re all good ways for retailers to showcase their environmental initiatives during a time when awareness is highest.

Minneapolis-based mass merchandiser Target toyed with the wording a bit and announced a month-long celebration of Earth Day. As part of the plan, the retailer has installed permanent recycling stations in all 1,740 stores.

What’s truly interesting about this is that these centers will be accepting much more than the bottles, cans and paper that are the traditional drop-offs at such places. The Target center is also taking in cell phones, ink printer cartridges and MP3 players.

Think about it. This is the detritus of the disposable age, and it’s critical that we figure out what to do with all of it. The problem is, while bottles and cans are basically composed of a single element (aluminum or plastic), these new disposables include batteries, wires, plastic and composite materials that are neither plastic nor metal.

As such, they require further processing offsite — whether they’re broken down into components or refurbished for resale. At least consumers — and the outlets that sell these products— are beginning to realize that these devices just don’t disappear, and that, indeed, some parts are toxic to the environment as they degrade.

A new report out from Mintel shows that green living is very much on the mind of Americans. More than one-third (35%) of survey respondents said they would pay more for “environmentally friendly” products.

“Given this increased interest in the environment over the past few years, nearly every segment of consumer products now offers a green option for shoppers,” says Chris Haack, a Mintel senior analyst. “Food and beverage and personal care are the two most mature categories and account for the majority of green products in the marketplace.”

So, it seems the purchasing side is shaping up pretty well, even after the recession took a toll on sales growth. Manufacturers and retailers like Target will be the best stewards of how consumers can maintain their green intentions after the sale. Expanding the size and scope recycling centers, like target has done, is an important step in that direction.