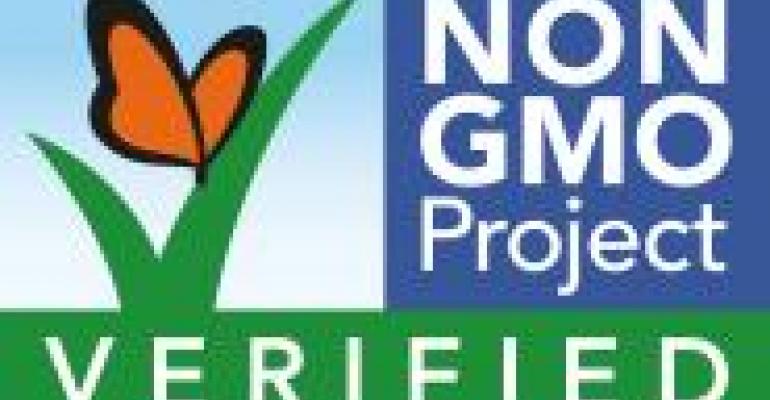 A New Standard for GMO-Free

The vast majority of foods found in the supermarket contain genetically modified ingredients. That’s a fact many farmers and agribusiness interests can be proud of — but for consumers, not so much. According to recent polls, 53% say they would not buy food if they knew it was genetically modified, while 87% say they want GMO-containing items to be properly labeled.

Assuming shoppers’ food knowledge continues to evolve as it has, it would appear the industry has set itself up for a massive backlash. Right? In reality, it seems people are mostly — as the 87% figure indicates — anxious for some transparency on the issue.

And that’s where the Non GMO Project comes in. Up to this point, labeling has been a scattershot affair. Organic certification is supposed to factor out GMO use, but recent science has shown it’s not doing the job. To fill the gap, hundreds of natural and organic manufacturers have started slapping their own “GMO-Free” labels on their products. But there’s no uniform standard to verify the integrity of these claims.

The Non GMO Project, which counts many of the major players in the natural and organic industry among its members, has established the first-ever voluntary standard to signify products that contain no GM ingredients. The testing process behind it is said to be the most rigorous to date, ensuring that a product contains no more than 0.9% biotech material. Companies who pass will be allowed to display a “Non GMO Project Verified” label, showing a butterfly perched atop a blade of grass.

The standard has been in place for some time now, as companies have adjusted their operations to meet it, and now the Non GMO Project seal is set to start appearing on products by the end of this year. A host of independent natural and organic retailers have signed on, as has Whole Foods, which stated it plans on certifying its lineup of private label products. Meijer has enrolled its natural and organic lines, and HEB's Central Market has done the same for its store brands. Other mainstream retailers seem to be circling — and no wonder, considering how important natural and organic store brands have become.

And just as a parting fact, to those who might humbug the issue: Europe, which has long set the curve for America in terms of health and sustainability, requires that any product containing more than 0.9% GM material be labeled as such.