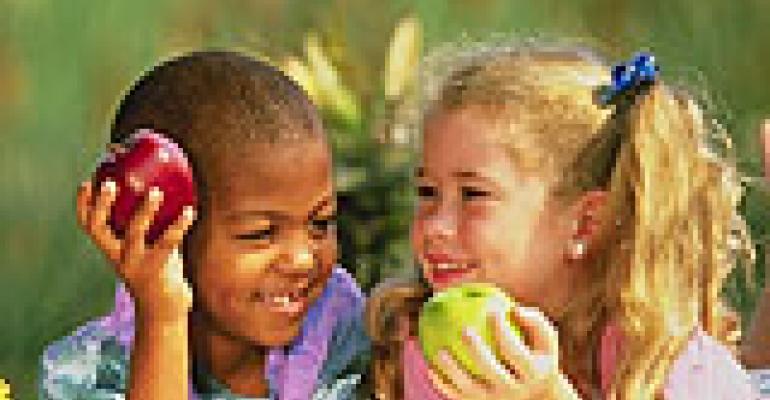 The food industry plays its marketing strategies like cards — close to the vest. That’s why it was so interesting to see this week's congressional report on kids marketing prepared by the Federal Trade Commission. Based on a round of subpoenas sent by the government, the results show that 44 major food and beverage companies spent a total of $1.6 billion promoting their products to kids in 2006.

Who did the spending? Fast-food restaurants, carbonated beverage companies and breakfast cereal manufacturers were tops, according to the study. This is unfortunate for a number of reasons, the most obvious being that there is an inordinate number of overweight and obese children in this country. One recent study shows that this trend might be leveling off, but that’s not entirely conclusive: Another report from John Hopkins University postulates that 86% of Americans will be overweight or obese by the year 2030.

More to the point for retailers and manufacturers, though, is the fact that kids these days don’t just crave Pop Tarts and Cocoa Puffs. As studies and stories are showing, their tastes are becoming more sophisticated. Part of this is because mom and dad have started buying them things like all natural and organic snacks. It’s also because a lot of kids have come to the conclusion that, gee, going green is pretty cool. Not only are they asking for environmentally friendly products — they’re pestering their parents to do the same.

In its report, the FTC gives credit to the self-policing strategies that many companies have adopted, including the Children’s Food and Beverage Advertising Initiative, established by the Council of Better Business Bureaus in 2006. The commission notes, however, that more needs to be done to promote nutritious food to children.

This isn’t something that companies should do because the FTC said so. Promoting healthful and sustainable products for kids can pay off big for retailers. And it just so happens to be the right thing to do, too.